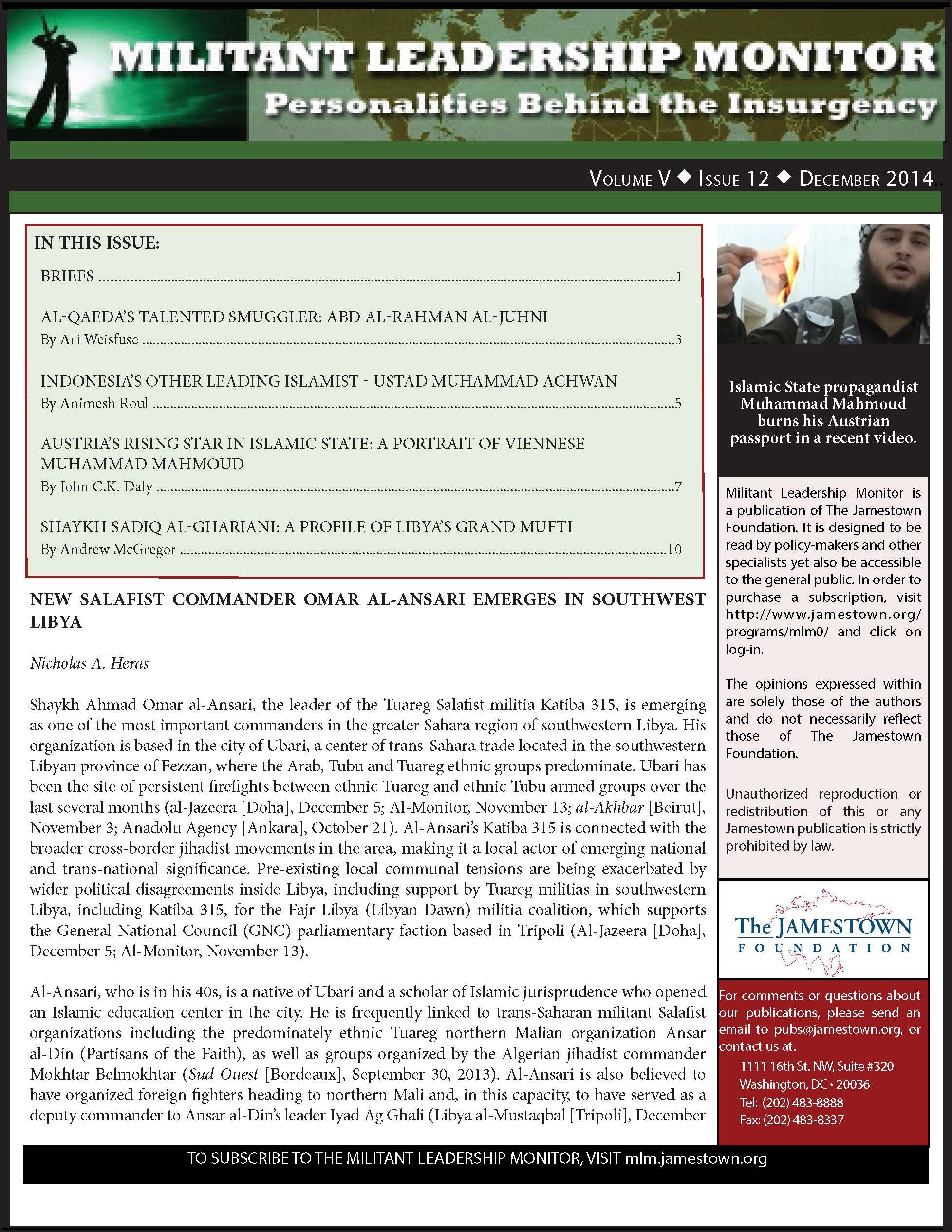 The December 2014 issue of Militant Leadership Monitor begins with two brief sketch of Libyan militia commanders by Nicholas Heras. Omar al-Ansari commands the Tuareg Katiba 315 in southwestern Libya where he is at the nexus of a trans-Saharan illicit trade network while Salim Barrani Darbi has formed a coalition in eastern Libya. Next, Ari Weisfuse profiles a key smuggler for al-Qaeda and now the Khorasan group in Syria: Abd al-Rahman al-Juhni. This is followed with a look at Ustad Muhammad Achwan, the leader of Jemaah Ansharusy Syariah of Indonesia. Then, the Islamic State’s Austrian propagandist, Muhammad Mahmoud, is profiled by John C.K. Daly. Finally, Andrew McGregor covers Libya’s Grand Mufti Sadiq al-Ghariani and his efforts to maintain peace between the two main factions.

Jamestown President Glen Howard was quoted in an article today in the Wall Street Journal on the ongoing Russian military buildup on the border with... END_OF_DOCUMENT_TOKEN_TO_BE_REPLACED

The September Issue of Militant Leadership Monitor focuses on militant leaders in Africa and the Middle East. In the first brief, Nicholas A. Heras analyzes an Iraqi Shiite militia leader who has vowed vengeance if the United States and its Allies launch a strike on Syria. The second brief looks at... END_OF_DOCUMENT_TOKEN_TO_BE_REPLACED