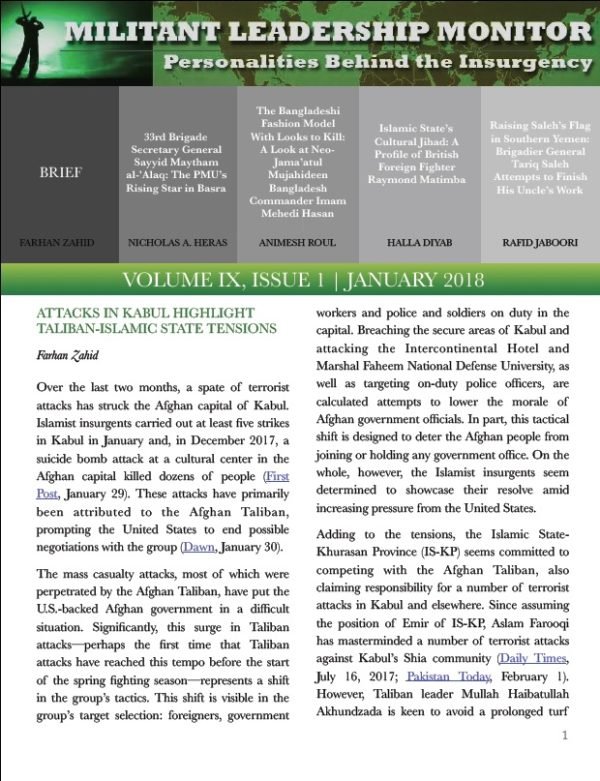 The Jamestown Foundation is proud to present a private Zoom webinar... END_OF_DOCUMENT_TOKEN_TO_BE_REPLACED

In this month’s issue of Militant Leadership Monitor, Jamestown analysts have written about militant and criminal underworld figures across the globe. In light of the rising tension between Lebanese Sunnis and Shiites that is being expressed in Syria, Murad Batal al-Shishani drew up a portrait of Lebanese Salafi Ahmad... END_OF_DOCUMENT_TOKEN_TO_BE_REPLACED