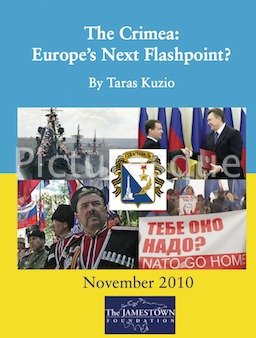 The Crimea: Europe’s Next Flashpoint?

Russia has always had a difficult time reconciling itself to accepting Ukraine as an independent state and a country that is outside its sphere of influence. Russia has an even more impossible time recognizing Ukraine’s sovereignty over the Crimea and the port of Sevastopol – as seen by public opinion in Russia, statements by politicians, including members of the ruling United Russia party, experts and journalists. The signing of an inter-state treaty in 1997 recognizing the Russian-Ukrainian border also paved the way for a compromise twenty year Russian lease of the Sevastopol navy base for the Black Sea Fleet (BSF). Four factors have unraveled this compromise, including Russia’s desire to re-establish itself internationally as a Great Power, the 2004 Orange Revolution and the 2008 Russian invasion of Georgia. In “The Crimea: Europe’s Next Flashpoint?” Kuzio addresses these factors and more in an in-depth analysis of Russian-Ukraine relations and the future of the Crimea and the port of Sevastopol.

During Secretary of Defense Robert Gates's visit to China in January 2011, he stressed the importance of solid military-to-military relations. As a result of this visit, the U.S. Air Force (USAF) and People's Liberation Army Air Force (PLAAF) will hopefully engage each other through military... MORE
$15.00 – $20.00 Select options
On December 9, 2009, the Jamestown Foundation organized a special panel on "Islamist Movements in the Horn of Africa" as part of its annual conference, the latter appropriately titled "The Changing Strategic Gravity of al-Qaeda".  This report is comprised of the proceedings from this important... MORE
$15.00 – $20.00 Select options
Russian authorities are extremely divided about the right position to take as Moscow increasingly concerns itself with the Afghan question. They have continually criticized NATO’s decisions though, at the same time, many Russian politicians recognize that the coalition’s failure to stabilize Afghanistan would place Russia... MORE
$0.00 Read more
The tribal areas of Pakistan’s North-West Frontier Province (NWFP) fully deserve President Barack Obama’s description as “the most dangerous place in the world”.  This remote and inhospitable region is only nominally under Pakistan's administration and its Pashtun tribesmen have a long history of opposing outside... MORE
$15.00 – $20.00 Select options

The Jamestown Foundation is pleased to present the hybrid in-person... END_OF_DOCUMENT_TOKEN_TO_BE_REPLACED

On November 17, Jamestown Foundation Senior Fellow Olevs Nikers was interviewed by Romania-based outlet Veridica regarding, among other topics, the best possible outcome for the... END_OF_DOCUMENT_TOKEN_TO_BE_REPLACED

The September 2019 issue of Militant Leadership Monitor features a brief on Syed Salahuddin, the Hizbul Mujahideen chief who might still be able to affect the ongoing crisis in Kashmir; an examination of the ‘swashbuckling’ millionaire-turned-politician Sheikh Khamis Farhan Ali al-Khanjar al-Issawi in Sunni Iraq; a look at the... END_OF_DOCUMENT_TOKEN_TO_BE_REPLACED