The Russian newspaper Nezavisimaya Gazeta has blasted the country’s political parties for using well-known public figures who are unlikely to make good lawmakers as front men. The United Russia party, for example, has touted several actresses; the notorious prosecutor in annexed Crimea, Natalia Poklonskaya; and General Vladimir Shamanov, considered by human rights groups to be a war criminal (Gazeta.ru, May 12, 2014; HRW, May 28, 2009). Among the ruling party’s front men in Dagestan is the renowned wrestler Buvaisar Saitiev. The newspaper dismissed Saitiev: “He is an outstanding athlete, but the State Duma’s meeting hall is not a wrestling mat, because the rules for battle are different” (Nezavisimaya Gazeta, June 30). Nevertheless, his entry to politics has important implications for the ethnic and political balance in the region.

The news of Saitiev’s political advancement within United Russia party has alarmed many in Dagestan but excited many others in Chechnya, due to the fact that Saitiev is an ethnic Chechen from Dagestan. While under many other circumstances this would not signify anything particularly interesting, it is significant in the current regional context. Both Dagestanis and Chechens appear to regard Saitiev’s nomination as a candidate for the Russian parliament as boosting Ramzan Kadyrov’s influence in Dagestan (onkavkaz.com, June 30).

Dagestan is the most ethnically diverse republic in the North Caucasus. Due to the republic’s political culture, only the largest ethnic groups get the opportunity to elect representatives to the State Duma. Ethnic Chechens comprise little more than three percent of Dagestan’s population of three million, so a Chechen would normally not represent Dagestan. However, Kadyrov’s influence in Dagestan as substantially increased over the last several years and some observers regard the unusual political advances of ethnic Chechens in the republic as the evidence of the Chechen governor’s increasing power.

41-year-old Buvaisar Saitiev comes from Dagestan’s Khasavyurt district, home to the majority of the republic’s ethnic Chechens. Saitiev is a three-time Olympic champion in wrestling, a sport widely popular across the North Caucasus. Saitiev quit his stellar athletic career in 2009, and for a short time was an aide to the Russian president’s plenipotentiary representative in the North Caucasian Federal District, Alexander Khloponin. However, Saitiev left that post, saying he “clearly realized” that he was not prepared to be a state official. At the same time, the ex-wrestler said he had encountered state officials who were not necessarily smarter than him. Observers say Saitiev’s attitude toward a political career somewhat changed after he became friends with Kadyrov. They say the ex-wrestler came around either after his first experience holding official office, or when he realized he could use his public standing to improve the lives of his ethnic brethren, or when he was convinced by Kadyrov to enter politics. Saitiev reportedly is highly respected by both Chechens and Dagestanis, and in Kadyrov’s hands, he might become an important political tool for the advancement of his patron’s interests in Dagestan. Saitiev already holds the position of aide to both the Dagestani and the Chechen governors. The ex-wrestler also heads the Chechen Federation of Wrestling (wsport.su, June 29).

Saitiev is working to restore Dagestan’s Aukhov district, which was populated by Chechens prior to their mass deportation in 1944 (onkavkaz.com, June 30). After their return from exile in the 1950s, the Chechens found their land had been taken over by other ethnic groups in Dagestan. Although some Chechen returnees received compensation, they could not reclaim their land. Following the fall of the Soviet Union in 1991, tensions surrounding the land issue flared. Dagestani authorities proposed resettling Dagestani ethnic groups elsewhere in the republic, while the Chechens would take back their ancestral land. However, finding a solution that would satisfy everyone in a land-strapped, poor and ethnically diverse republic is quite difficult. Saitiev’s leadership, especially, backed by Kadyrov’s resources could potentially advance a solution for the restoration of the Chechen district in Dagestan. Some Dagestanis, however, fear the Chechen governor’s activities in Dagestan constitute encroachment on the republic’s political autonomy.

Perhaps confirming these fears, Chechnya’s governor unexpectedly intervened in a dispute between Dagestani oligarchs over the Caspian Sea port in Makhachkala. A court in Chechnya, apparently acting on the orders of the Chechen government, prohibited a change of management at the port, defying a decision that had been made by the Russian federal agency. Eventually, the two conflicting sides reached a temporary compromise, under which both the new and the previous managers of the port were removed. The port may become a key hub for increased Russian trade with Iran, which makes the struggle for the port’s expected privatization especially fierce. Odes Baisultanov, the first deputy to the Minister for the North Caucasian Affairs who is also Kadyrov’s cousin, followed up with a proposal to expand the Makhachkala port’s throughput (Kavkazskaya Politika, June 30).

Ramzan Kadyrov’s influence continues to expand in Dagestan—the largest republic of the North Caucasus. The latest developments indicate that the process is much deeper than many analysts had thought. Regional governors appear to increasingly regard Kadyrov as one of Vladimir Putin’s closest allies, who can help their political survival. Kadyrov, in turn, rationally uses his privileges to advance his influence beyond Chechnya. 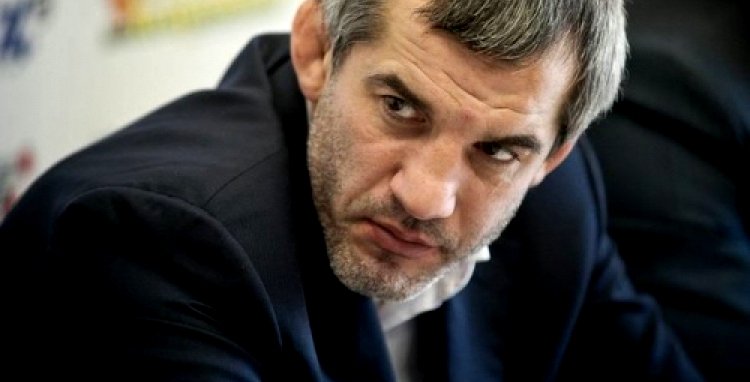 The Jamestown Foundation is proud to present a webinar on “Broken... END_OF_DOCUMENT_TOKEN_TO_BE_REPLACED

On January 27, The New York Times published an article concerning Russia’s military modernization and its impact on the Ukraine crisis. In the article, Jamestown Board... END_OF_DOCUMENT_TOKEN_TO_BE_REPLACED

The May 2015 issue of Militant Leadership Monitor begins with a brief on trans-Saharan jihadist Adnan Abu Walid al-Sahrawi, who recently switched allegiance from al-Qaeda to the Islamic State, by Nicholas Heras. He follows with another on Abu Humam, who leads one of the local jihadist groups to defend the al-Yarmouk Palestinian... END_OF_DOCUMENT_TOKEN_TO_BE_REPLACED