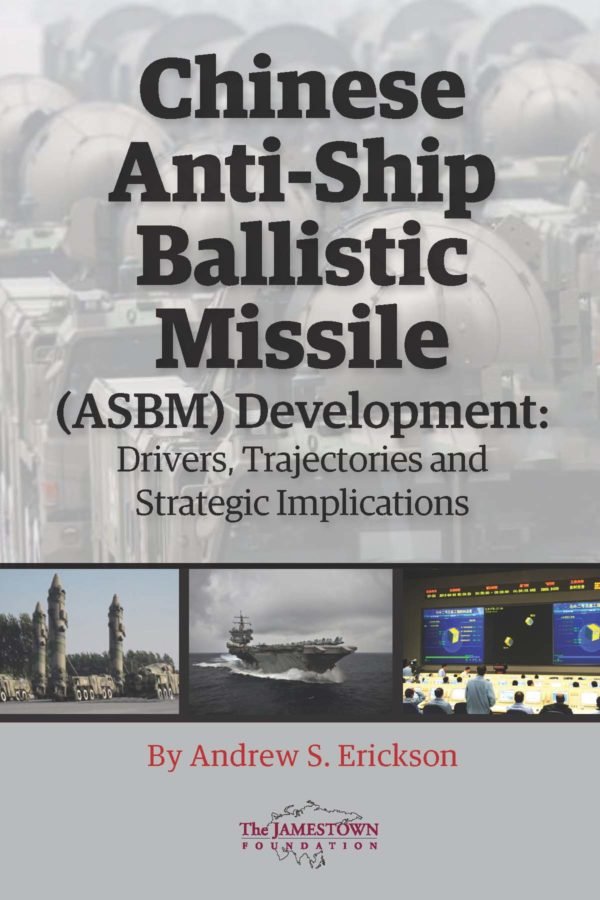 China’s anti-ship ballistic missile (ASBM), the DF-21D, has reached the equivalent of Initial Operational Capability. Although it probably has been deployed in small numbers, additional challenges and tests remain. This 160-page monograph examines the ASBM’s capability and history, showing how the DF-21D meets multiple priorities in Chinese defense modernization and in the national security bureaucracy as well its implications for the United States. The ASBM’s physical threat to U.S. Navy ships will be determined by the development of associated systems and organizations, which currently limit data fusion and coordination in the complex task of identifying a U.S. aircraft carrier in the open ocean. Still, the ASBM poses a direct threat to the foundations of U.S. power projection in Asia and will undermine the U.S. position, unless efforts to counter its political-military effects are taken.

Dr. Andrew S. Erickson is an Associate Professor at the U.S. Naval War College and an Associate in Research at Harvard University’s John King Fairbank Center for Chinese Studies. The views expressed in this paper are solely those of the author and in no way represent the policies or estimates of the U.S. Navy or any other organization of the U.S. government.

Unmasking Terror Volume III brings together over 50 experts on terrorism, intelligence and security, providing unique information and objective analysis on recent developments within global terrorist groups.   *Physical copies ship only inside the United States.
$14.95 Select options
In Volatile Borderland: Russia and the North Caucasus, The Jamestown Foundation presents a collection of essays by leading experts on the North Caucasus that allows for an in-depth look at the key developments, movements and personalities that have shaped the region since the start of the... MORE
$24.95 Select options
China in Africa examines the complexity of China's engagement with the African continent. The book covers critical issues such as Chinese soft and hard power, energy and arms relations, and China's bilateral relations with African countries. Ultimately, this volume serves to assist in improving policymakers' understanding... MORE
$24.95 Select options
This product is out of stock. A retrospective of the 20 years of independence experienced by the countries of the South Caucasus clearly demonstrates the difficulties involved in building a state and restoring an economy after more than 70 years of Soviet rule. Each one... MORE
Read more

The Jamestown Foundation was proud to host a webinar on... END_OF_DOCUMENT_TOKEN_TO_BE_REPLACED

Jamestown Foundation Analyst Richard Arnold was interviewed by PolitiFact for a story on the Lie of the Year 2022, or Putin’s long list of lies... END_OF_DOCUMENT_TOKEN_TO_BE_REPLACED