US Assistant Secretary of State Victoria Nuland completed another round of shuttle diplomacy in Kyiv and Moscow (June 22–24), following up on her visits to the two capitals in April and May, on direct instructions from the White House. This effort will undoubtedly continue after the time out necessitated by the North Atlantic Treaty Organization’s (NATO) summit in Warsaw (July 8–9).

For Washington, the ambition is to work out with Moscow the basic premises of a political compromise between the Ukrainian government and the de facto authorities in Donetsk and Luhansk: in effect, “freezing” this crisis by US-Russia consensus, perhaps with some joint document to show. Such a result, if achieved, might create the semblance of US-Russia cooperation on this and other crisis fronts, book-ending Barack Obama’s presidency with a second reset—a counterpart to the original Obama–Hillary Clinton reset of relations with Russia. The United States, however, is negotiating under time pressure, seeking results before the November presidential election.

At least some Kremlin consultants recommend an interim deal while the lame-duck Obama administration is still in office. Thus, according to Dmitry Suslov (The Valdai Papers, no. 49, June 2016), any new US president “will likely adopt a more ideologically based, more aggressive, stronger attitude toward Russia, at least rhetorically, than the Obama administration has. Moreover, if the Minsk agreements are not implemented by that time, Washington will find it difficult to resist calls for supplying Kyiv with lethal weapons.” Consequently, Moscow should cooperate in “partially implementing the Minsk agreements […] so as to show some movement in the conflict-settlement process, reducing the risk of its derailment with the arrival of a new US administration.” But, in parallel, Moscow should work with European governments to generate “serious pressures on Kyiv and Washington to fulfill those points of the Minsk agreement that apply to Ukraine, partially implementing Minsk and partially lifting the European Union’s sanctions by the end of this year,” Suslov argues.

At this stage, Moscow’s minimal requirements are that Ukraine adopt a constitutional amendment on the special status of the Russian-controlled territory, an amnesty of the crimes of Russia’s armed proxies, and a special law on elections in that territory, all in a package with local “elections” to be held there. That would amount to the first stage in Ukraine’s “fulfilling its obligations under the Minsk agreements.” This would pave the way for the next stage of Moscow’s agenda, with direct negotiations between Kyiv and Donetsk-Luhansk on the terms of the latter’s quasi-sovereignty.

Beyond the Minsk text itself—as Dmitry Simes, the president of the US Center for the National Interest and a credible communicator of Kremlin perspectives in Washington, suggests—“Moscow clearly wants to interpret the Minsk agreements in a way that not only provides the Donbas [Donetsk-Luhansk ‘people’s republics’] with meaningful autonomy, but also allows regional governments in eastern Ukraine to prevent the country from joining NATO… Does America even intend to permit Ukraine to join NATO? If not, why create the impression in Russia that this may be Washington’s long-term objective?” (The National Interest, June 26).

At the present stage, however, Russia’s short-term objectives (see above) necessitate accelerating the political negotiations in the Normandy format and the Minsk Contact Group. As President Vladimir Putin told the conference of Russia’s ambassadors accredited abroad, just held in Moscow, “good-neighborly relations” between Russia and Ukraine “necessitate that Kyiv at long last comprehend the inevitability of a direct dialogue with Donetsk and Luhansk, in fulfillment of its Minsk obligations” (Interfax, June 30).

To pressure Ukraine into that kind of political process, Russia is resorting to attrition warfare through its proxies in Donetsk-Luhansk. This tactic, however, turns Russia into a systematic violator of the ceasefire, thus blocking the political process that Moscow itself aims to accelerate. Ukraine is citing those ceasefire breaches as precluding any political negotiations with Russia’s proxies. To some Western diplomats, however, the fighting and its possible escalation by Russia are arguments for defusing the situation at the cost of piecemeal concessions by Ukraine. Thus, Ukraine is being asked to start implementing the political clauses of Minsk (see above) if Russia respects the ceasefire for two months continuously, as a test of good faith. That would supposedly fulfill the main prerequisite to the start of the political process toward legitimizing the Donetsk-Luhansk authorities.

Outside the legal-political framework—were it to be negotiated and agreed—the Donetsk and Luhansk proto-states, with their Russian-led military forces, would undoubtedly continue to exist de facto. The Minsk armistice—whose “full implementation” all sides theoretically seek—allows those two Moscow-supported statelets to exist as they are, with or without Ukraine’s consent. The armistice establishes certain procedures for Kyiv to consent, but it also gives Donetsk and Luhansk the latitude to retain and develop their existing structures de facto without Ukraine’s consent.

The Kremlin can be expected to offer a partial, interim deal that would compromise Ukraine’s position in all future negotiations—e.g., Kyiv legalizing Donetsk-Luhansk as Russian protectorates in exchange for a lasting ceasefire and a political “freeze” on the unresolved conflict. Moscow may well consider the timing of such a proposal in relation to the US presidential campaign. 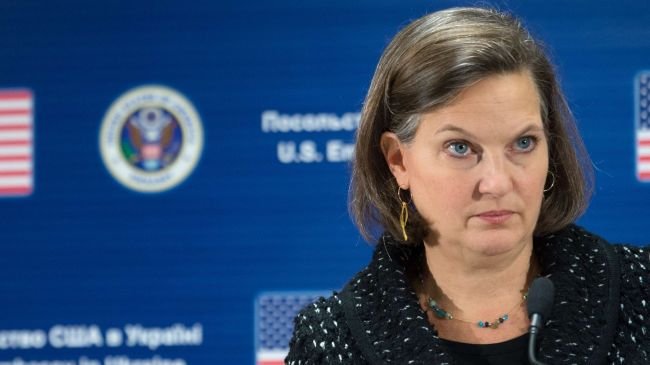 The Jamestown Foundation is pleased to host a forthcoming webinar... END_OF_DOCUMENT_TOKEN_TO_BE_REPLACED

The November 2019 issue features a brief on former football player turned terrorist attack planner Fawaz Ahmed Hamdun; a look into Abu Zainab al-Lami, the mastermind behind the recent crackdown on Iraqi protesters; an analysis of the arrest of Maldivian Islamic State recruiter Mohamad Ameen and what it means for... END_OF_DOCUMENT_TOKEN_TO_BE_REPLACED