In the fourth year of leading the Russian Ministry of Defense, Sergei Shoigu has demonstrated a unique style of leadership, marked by routine snap inspection exercises, enhancing the image of the Armed Forces, and restoring the confidence of the officer corps, while pushing ahead with military modernization. Reflecting on the modernization achievements of the second quarter of 2016, and fresh from mass firings of the top brass in the Baltic Sea Fleet (see EDM, July 6, 19), Shoigu’s message is one of rising defense capability. While there are certainly reasons to lend credibility to his assertion that Russia’s defense capabilities are increasing, there are also grounds to be cautious that his approach as defense minister is necessarily having the level of success claimed at official levels (Interfax, July 16).

A key part of Shoigu’s message of military modernization remaining on course was couched in the statistic of reaching “40 percent” of the annual modernization plan. In turn, this permitted the defense minister to extol the virtues of the defense industry, with a near roll call of the items delivered to the Armed Forces in the second quarter. Whether intentional or not, Shoigu listed chief among these achievements deliveries of a brigade set of the operational-tactical missile complex Iskander-M, a regimental set of the advanced surface-to-air missile (SAM) system S-400, followed by low-scale deliveries to the Navy, Army and Air Force. Deliveries to the Army mainly centered upon various types of tanks and armored vehicles, communications equipment, as well as ammunition. According to Shoigu, the elite Airborne Forces (VDV) were supplied with 18 units of the BMD-4M infantry fighting vehicle (IFV). In addition to boosting air-defense capabilities by providing more S-400s, he listed more modernization centers for repairing existing aircraft, new and refurbished helicopters, new unmanned aerial vehicle (UAV) platforms, as well as additional modernization airlift capability. The Navy saw the introduction of a new patrol ship, with its assets including up to 47 Kalibr cruise missiles. The Northern Fleet, according to Shoigu, can anticipate receiving new icebreakers to boost the Russian military footprint in the Arctic Circle (Krasnaya Zvezda, July 17).

The defense ministry plans to procure five regimental sets of S-400s in 2016, following its largest supply of this asset to date last year, marked by handing over three sets. Although the gradual introduction of the advanced SAM system is portrayed as cause for celebration, there is no clear agenda on its more advanced successor, the S-500. According to its manufacturer, Almaz-Antey, the S-400 is tasked with destroying aircraft-jammers as well as a range of air targets, including aircraft and operational-tactical and ballistic missiles (RIA Novosti, July 6).

The procurements to which Shoigu refers are part of an ongoing and long-term effort to modernize Russia’s Armed Forces. But by no means does this imply that the domestic defense industry has entirely freed itself from deep-rooted problems and challenges. On July 8, President Vladimir Putin certainly referenced this issue, when he delivered a clear warning and message to the defense industry, noting that it has achieved success in working with ready-made weapons systems, but remains vulnerable to competition from the United States. In Putin’s view, the next task is moving to a “new level,” which means addressing the issues of technology and its component base. This will also include greater innovative efforts to stay competitive in the international arms market and to boost the levels of revenue from this trade (Voyenno Promyshlennyy Kuryer, July 12).

According to an article in Voyenno Promyshlennyy Kuryer, Anatoly Sokolov and Oleg Falichev believe that a potential growth area for state contracts for Almaz-Antey will be the development of space-based assets. This will especially relate to developing further existing capabilities to detect, track and destroy potential enemy satellites. The authors argue that sufficient expertise exists in the defense industry, drawing upon experiments during the Soviet period, to design and perfect space-based capabilities, in order to target enemy satellite weapons, but this will demand answering the question as to whether Moscow wants to develop super-heavy space-launch vehicles, or place anti-satellite laser-based systems in orbit. Either way, the authors conclude that the militarization of outer space is in full swing (Voyenno Promyshlennyy Kuryer, July 5).

However, in the meantime, Shoigu’s unusually upbeat message on the progress of the military modernization is also tied to his internal fight to stamp out false reporting from the top brass during his so-called “snap inspections” of the Armed Forces. His high-profile dismissal of naval top brass, including most of the command of the Baltic Fleet, reportedly resulted from them providing exaggerated results of the readiness levels based on a snap inspection. Although Shoigu acted ruthlessly against these officers, presumably with presidential support, it implies there exists a more systemic proclivity for commanders and senior officers in the Armed forces to artificially boost how well their units perform in snap inspections. His sacking of more than 50 naval officers in the Baltic Fleet for their alleged misreporting of readiness levels, certainly demonstrates Shoigu’s serious commitment to raising standards in the military. But the extent and scope of the false reporting must raise alarm bells in the General Staff about how accurate is their present system for judging readiness levels in the Armed Forces. It also marks the biggest scandal in the Russian Navy since the sinking of the Kursk in 2000 (Voyenno Promyshlennyy Kuryer, July 5).

Shoigu’s military inherited the key challenges and dilemmas that faced his predecessor’s “New Look” reforms—namely, an institution in transition, with elements of new or advanced features and hallmarks of the old system. Some analysts argue that Russia’s Armed Forces are “unrecognizable,” and use this as the basis to inflate the threat Russia poses to its neighbors. However, there is more within the existing Russian military system that is recognizable than new, and a reappearance of the tendency by senior officers to exaggerate their performance reporting will not cause Shoigu too much surprise. But, despite the progress toward re-equipping the military with new or modernized weaponry and equipment, there is much that serves to inhibit its performance, especially in terms of the creation or development of some hypothetical expeditionary capability. 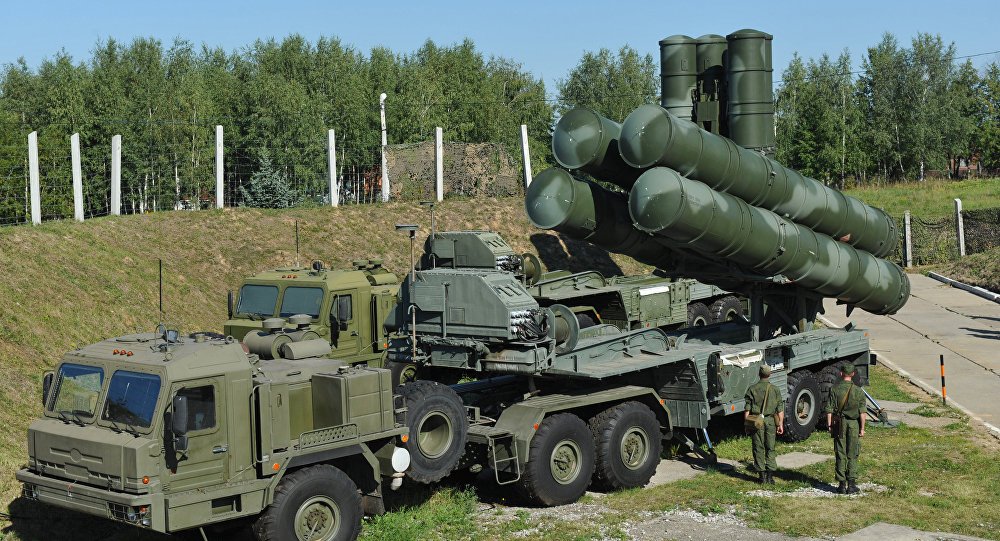 The Jamestown Foundation is proud to present a webinar on China’s... END_OF_DOCUMENT_TOKEN_TO_BE_REPLACED

On May 18, Senior Fellow Janusz Bugajski participated in a panel hosted by the European Conservatives and Reformists Group in the European Parliament, titled “The... END_OF_DOCUMENT_TOKEN_TO_BE_REPLACED

The October 2018 issue of the Militant Leadership Monitor features a brief on the capture of Egypt’s most wanted terrorist, Hisham Ashmawy, as well as profiles on Haitham Jamil al-‘Afisi, the Turkey-backed rebel commander; the Maldivian Bilad al-Sham Media propagandist Abu Ayyub al-Maaldifi; the head of Fatemiyoun’s strategic communications,... END_OF_DOCUMENT_TOKEN_TO_BE_REPLACED