Russia’s posture in the Baltic Sea region appears contradictory: a declarative prioritization of this flank—including by deploying Iskander theater ballistic missiles to Kaliningrad (see Part One, EDM, July 11)—is hardly compatible with the real state of affairs in the Russian Baltic Sea Fleet, whose alleged might is said to represent the Kremlin’s regional ambitions. This dichotomy was clearly highlighted on June 29, when Russian Defense Minister Sergei Shoigu announced that the Baltic Fleet commander, Rear Admiral Viktor Kravchuk, and his chief of staff, Rear Admiral Sergey Popov, would be fired for a “distortion of reality and serious shortcomings in the domain of military training, daily routine, living conditions and the lack of care for military personnel” (Newkaliningrad.ru, June 29). However, the statement lacked any specific facts upon which the decision was taken. Later, on June 30, the media reported that 50 more top-ranking military officials (ranging from Captain 1st rank to Admiral) constituting the officer corps of the Baltic Sea Fleet would be suspended from performing their duties (Newkaliningrad.ru, June 30). The Ministry of Defense has remained largely silent on the details that spurred such a drastic and largely unexpected move, which is indeed unprecedented when compared to Russian historical experience to date.

These decisions appeared to undermine and contradict the results of a recent major inspection of the Baltic Fleet, from May 10 to June 11, which was pointedly positively assessed by the Kremlin. Also, in July 2015, President Vladimir Putin himself visited the headquarters of the Baltic Fleet and reportedly did not express any discontent with what he observed there. Thus, the decisiveness, rapidity and wide scope of these changes have baffled not only the Kaliningrad-based expert community but commander Kravchuk as well (Kommersant.ru, June 29). Russian military expert Mikhail Khodarenko argued that such harsh retribution must have stemmed from grave violations of the rules and extremely serious misdemeanors by members of the outgoing Baltic Fleet command (Ren.tv, June 30).

Nevertheless, a deeper look at these events provides a somewhat broader picture and identifies a new angle for analysis. Various published testimonies as well as the results of a number of recent journalistic investigations reveal many aspects that seem to have been glossed over by boastful propagandist rhetoric. The scope of the discoveries presents a systemically much more serious situation. Namely, it would not be an exaggeration to suggest that the real state of affairs in the Baltic Sea Fleet is downright terrible: widespread corruption, bribery, larceny, absenteeism and a lack of professionalism have for years been a normal, routine mode of life (Fontanka.ru, June 29). Perhaps, the final straw that infuriated the Kremlin had to do with a purported April 2016 incident between the Polish submarine Orzeł and the Russian submarine Krasnodar, which the Polish side has vociferously denied ever happened (Poranny.pl, June 28). If it did in fact occur, however, the collision between the two vessels could have easily resulted in the repetition of the Kursk tragedy of August 2000, when the eponymous nuclear submarine sank during exercises in the Barents Sea, killing all 118 sailors aboard. According to unofficial Russian sources, the Krasnodar was severely damaged in the accident, and the Baltic Fleet command tried to conceal the fact, which triggered a major inspection, bringing to light massive shortcomings and a gruesome reality. Moreover, a tragic incident (which is presented as such with many details still unknown) in which a Russian marine shot a midshipman has once again posed numerous questions about the level of safety, discipline, and the overall atmosphere of relations among the personnel in the Baltic Fleet (Newkaliningrad.ru, April 7).

Indeed, the reality of such a 21st century “Potemkin village” seriously challenges Moscow’s expressed commitment to prioritizing the Baltic flank in the Russian security architecture. The latest developments have once again raised doubts and questions about the profitability (and the fate) of Russia’s huge financial injections into its military as well as Moscow’s confident posture in the region based on the declared might of the Baltic Sea Fleet. And the mass firings of the Baltic Fleet’s top-ranking officials may have just been the tip of the iceberg: reportedly, the Baltic Fleet will be subjected to yet another round of weighty inspections at the end of the year and a series of smaller ones that are currently taking place (RIA Novosti, July 2).

Judging by the intermediate results as well as by the mood at the top echelons of the Russian political leadership, the Baltic Fleet military command can expect much greater attention from Moscow, at least temporarily. Revelations (albeit quite incomplete) of humiliating details of weakness and the wide-ranging evidence of internal malaise poisoning the hearts and minds of military personnel stationed in Kaliningrad could become a prelude to much more aggressive and intense reparatory actions by the Kremlin. Repressive actions could (at least on an ad hoc basis) project the image of a convalescing Baltic Sea Fleet, whose effectiveness is increasing due to a number of harsh and decisive measures initiated from “above.” By following this policy path and drawing public attention away from genuine sources of instability for Russia, the Kremlin will most certainly mange to evade criticism, which will instead be leveled against local authorities and low- to mid-level functionaries. Moreover, considering the general logic and patterns of behavior of Russian elites, the Baltic Fleet fiasco is likely to be muted over time since further investigations might bring to the light further undesirable results. Such was the case with the notorious 2012 “Serdyukov affair,” whereby former defense minister Anatoly Serdyukov was dismissed as a result of an investigation into corruption surrounding the defense ministry–controlled holding company Oboronservis (see EDM, November 29, 2012).

Thus, the Russian stance and strength in the Baltic region should not be overestimated: Moscow can no longer successfully conceal its weaknesses as before. The image portraying the Baltic Sea Fleet and Russian regional posture as unchallengeable is becoming dated and inaccurate. 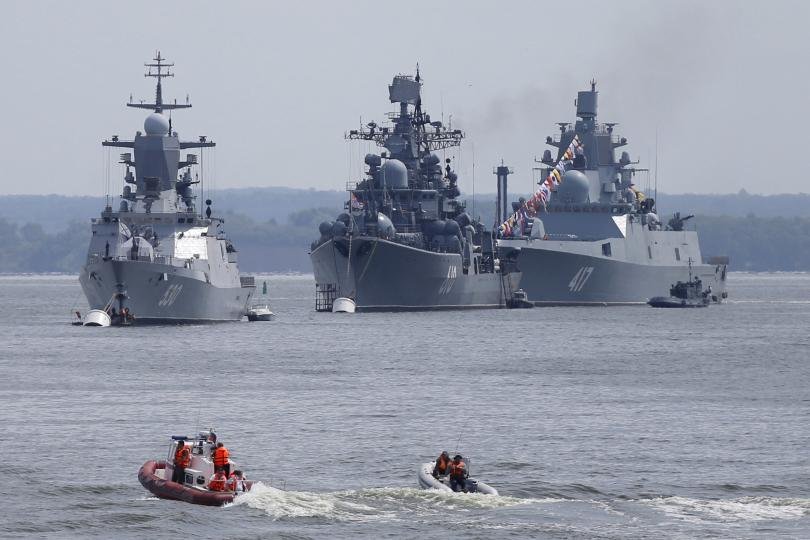 The Jamestown Foundation is pleased to present the hybrid in-person... END_OF_DOCUMENT_TOKEN_TO_BE_REPLACED

On November 17, Jamestown Foundation Senior Fellow Olevs Nikers was interviewed by Romania-based outlet Veridica regarding, among other topics, the best possible outcome for the... END_OF_DOCUMENT_TOKEN_TO_BE_REPLACED

The June 2019 issue of Militant Leadership Monitor features a brief on the death of the deputy leader of Boko Haram, Man Chari; an analysis of Libyan National Army chief of staff and right-hand man to General Haftar, General Abd al-Razaq al-Nadhuri; a look into the Kenyan financier of... END_OF_DOCUMENT_TOKEN_TO_BE_REPLACED