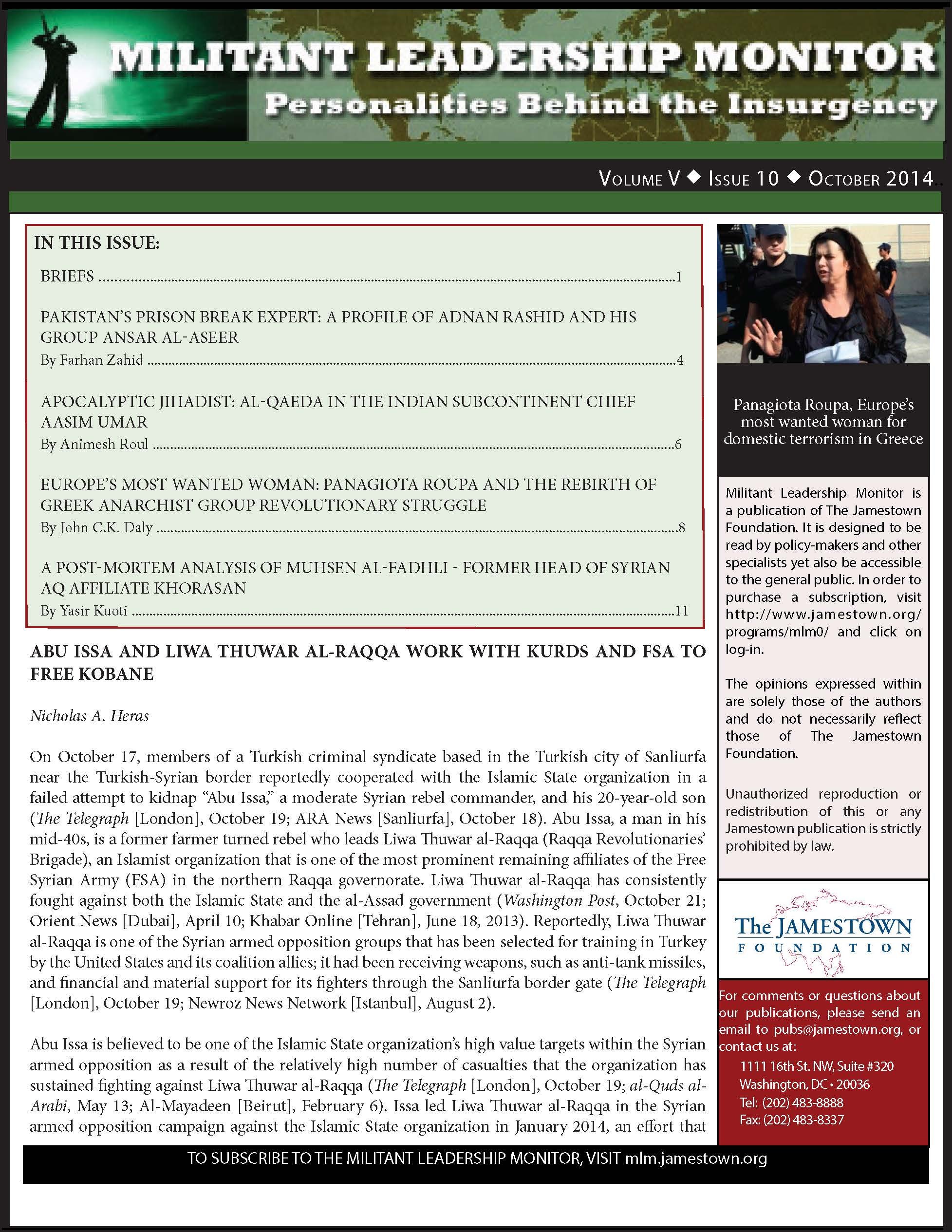 The October 2014 issue of Militant Leadership Monitor begins with two briefs on Syrian fighters by Nicholas Heras. Abu Issa is the leader of FSA affiliate Liwa Thuwar al-Raqqa and has worked to coordinate operations with the Syrian Kurds as they fight against the Islamic State organization at Kobane. On the other side, Muhammad al’Sa’eed and Liwa al-Quds fight with the Syrian regime for control of Aleppo. Next, a glimpse of Adnan Rashid, prison break mastermind and leader of Ansar al-Aseer, is provided by Farhan Zahid. Animesh Roul follows with a profile of al-Qaeda in the Indian subcontinent leader Aasim Umar. Panagiota Roupa, the leader of the Greek anarchist group Revolutionary Struggle, is then profiled by John C.K. Daly. In closing, Yasir Kuoti gives a post-mortem analysis of Muhsen al-Fadhli, the leader of the Khorasan Group.

The Jamestown Foundation was proud to host a webinar on... END_OF_DOCUMENT_TOKEN_TO_BE_REPLACED

Jamestown Foundation Analyst Richard Arnold was interviewed by PolitiFact for a story on the Lie of the Year 2022, or Putin’s long list of lies... END_OF_DOCUMENT_TOKEN_TO_BE_REPLACED

The February 2021 issue of Militant Leadership Monitor features a brief on the recent arrest of the last fugitive responsible for the devastating 2002 Bali bombings; an update on the case of Ahmad Omar Saeed Shaikh, who was recently acquitted of killing Wall Street Journal journalist David Pearl; a... END_OF_DOCUMENT_TOKEN_TO_BE_REPLACED