In the evening of March 29, two trucks from the Provisional Operative Group of the Russian Interior Ministry were blown up at the 831st kilometer marker of the Kavkaz federal highway. The attack took place near Dagestan’s Uitash airport and the village of Novy Khushet. One police officer was killed and two injured in the explosion (Riadagestan.ru, March 29). Independent sources in Dagestan reported that four servicemen were injured, not two (Chernovik.net, March 29).

The bombed vehicles included a Ural truck, designed to carry large groups of people, and a UAZ sport utility vehicle (SUV); the interior ministry convoy was carrying a total of 26 servicemen. Two bombs exploded near the vehicles. The servicemen, who were from Krasnoyarsk, were traveling from Dagestan’s Karabudakhkent district to the city of Kaspiisk (Rosbalt.ru, March 29).

Moscow has apparently not abandoned the practice of dispatching police forces from other regions of Russia to the North Caucasus, especially to Chechnya and Dagestan. While the Russian government claims the situation in the North Caucasus is improving, it also continues sending police and military forces to the region to assure stability. The forces Russia uses to keep the North Caucasus under control come from all over the country, including Siberia and the Russian Far East. The government started dispatching Russians from other regions to the North Caucasus on temporary six-month shifts during the second Russian-Chechen war, and has continued to do so ever since. Each unit usually controls a checkpoint or a village and operates without consulting the local police. The authorities in Dagestan complain that the republic has an insufficient number of police officers. In Chechnya, there are 115 servicemen per 10,000 people, which is twice the ratio of police officers to the population compared to Dagestan, where it is 54 per 10,000. The disparity continued even after the government relocated ten provisional departments—an estimated 1,100 servicemen—from Chechnya to Dagestan. Overall, Dagestan hosts 2,000 police officers from other Russian regions, while the republic’s own police forces total about 17,000 people (Expert.ru, November 20, 2012).

The regional Federal Security Service (FSB) forces and FSB officers sent from other Russian regions are not included in those figures. The Ministry of Interior troops that provide support for the FSB operations are also excluded from those statistics.

The militants who attacked the convoy apparently knew that the targeted servicemen came from Krasnoyarsk. Normally, local police accompany convoys of troops from other regions, but this time, no locals were present (Svopi.ru, March 30).

An attack involving the death of just one officer and the wounding of two others would normally not warrant much attention, but this was the first attack on a military convoy in Dagestan in three years. The last time such an incident took place was in 2013, when there were two attacks on convoys in Dagestan, including one targeting an interior ministry convoy on the road between Khasavyurt and Babayurt, on October 24, 2013. Attacks on convoys by the armed Islamist underground movement have become increasingly sporadic. On August 22, 2015, unknown attackers in the village of Novy Khushet called a police officer out of his home and opened fire. The officer was wounded, while a relative who left the house with him was killed (Kavkazsky Uzel, August 22, 2015).

The latest attack on the convoy took place near an airport heavily guarded by local police and police forces from other Russian regions. The bomb used was clearly quite powerful, as it practically destroyed the armored UAZ and caused severe damage to the partially armored truck. It probably had the force of dozens of kilograms of TNT. Given the recent suicide bombing in southern Dagestan’s Derbent region on February 15, it appears that the rebels have started striking different parts of the republic. However, it is too early to say whether the underground movement has adapted to the new situation in Dagestan, where the Islamist underground movement has split into two groups—one made up of followers of the Caucasus Emirate, and a larger one made up of the supporters of the Islamic State. Since the Islamic State arrived in the North Caucasus, the number of attacks in the region has fallen. It is unclear how the Islamic State’s representative in the region, Rustam Asildarov (a.k.a. Amir Abu Muhammad Kadarsky), justifies his appointment given his failure to organize any high-profile attacks in the area. Likely, both the Islamic State and the Caucasus Emirate will claim responsibility for the attack on the military convoy, in order to present themselves as a real force that can attack government forces in the republic.

In any case, the attack near the airport indicates how tense the situation in Dagestan is and how conflicts along political, ethnic and religious fault lines may intensify. The radical Islamist underground movement, however, remains the primary generator of instability in the republic. 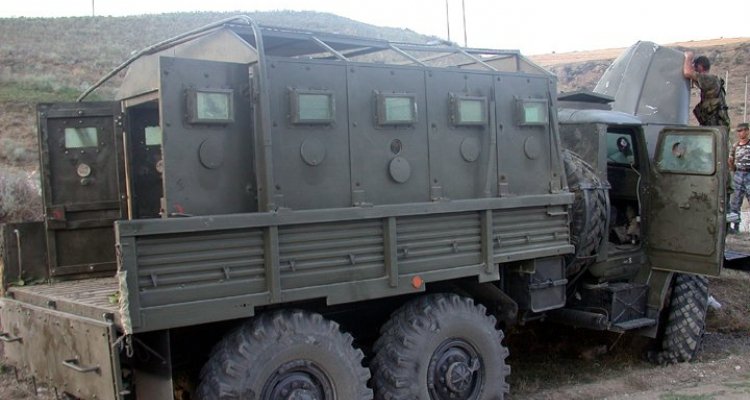 Back
Kyrgyzstan Targets Wrong Enemy in Its La..Next
Ukraine Faces Early Election if No One I..