Two terrorist attacks recently took place in Dagestan. On March 29, a police officer was killed in an attack on a Ministry of Interior troop convoy in Novy Khushet, a Makhachkala suburb (see EDM, April 1). The next day, March 30, police attempted to stop a car in the village of Sirtych in Dagestan’s Tabasaran district, and the car blew up. One police officer died in the explosion. A group of militants under the command of Abudtin Khanmagomedov took responsibility for both attacks. Six months earlier, Khanmagomedov pledged allegiance to the so-called “Islamic State” (IS). The authorities suspect Khanmagomedov’s group, also known as Yuzhnaya (Southern), organized the attack on tourists at Derbent’s historical Naryn Kala fortress in December 2015 (Fedpress.ru, April 4).

The insurgents call their group the Southern Sector of the Velayat Dagestan, which was called the Derbent jamaat after the creation of the Caucasus Emirate. The Derbent jamaat was among the first groups in Dagestan to side with Rustam Asilderov (a.k.a. Amir Abu Muhammad al-Kadari) when he seceded from the Caucasus Emirate. Asilderov was the rebel amir of Dagestan when he left the Caucasus Emirate and pledged allegiance to the IS’s so-called “caliph,” Abu Bakr al-Baghdadi (Grani.ru, June 25, 2015). The IS leadership in the Middle East was apparently informed about the explosions in southern Dagestan quite quickly (Gazeta.ru, March 31), which suggests the southern jamaat of Dagestan is in charge of keeping the region connected to the outside world.

The Russian security services feel the urge to publicize that they have solved crimes and eliminated suspects. However, as is often the case, government officials tend to announce the killing of militants and connect them to recent attacks, whether or not they were actually involved. Thus, it was not surprising that the police detained 23-year-old Nariman Bashirov (a.k.a. Abdulla) the day after the attack on the military convoy. The police said Bashirov was on their wanted list in connection with an attack on police in April 2014. According to the officials, Bashirov was a member of the Derbent jamaat for the past five years (Kavkazsky Uzel, March 31).

The group of militants that included Bashirov was reportedly led by Abu Yasir (Gasan Abdullaev). Although the government says Bashirov is only a suspect, it is clear the government will charge him with involvement in the March 29 attack on the convoy. Aside from that attack on the interior ministry vehicles, the police claim to have formidable evidence against Bashirov related to other cases, accusing him of having attacked police in the forest between the villages of Darvag and Ghejukh on April 8, 2014. One police officer was killed and two wounded in that attack. In June 2015, Bashirov reportedly participated in the murder of a school teacher in the village of Jalgan. In September 2015, Bashirov allegedly took part in the murder of Zagidin and Aminat Askerov as well as their guest, Akhadullakh Novruzbekov, in the village of Rubas. The suspect reportedly participated in the killing of border guard Muradali Gajiakhmedov at Derbent’s Naryn Kala fortress on December 30, 2015. The police also suspect Bashirov of murdering 20-year-old Arsen Abasov to steal his car, and so on (Kommersant, March 31).

This undoubtedly is not the full list of Bashirov’s crimes, which means that regardless of his participation in the latest terrorist attack, he faces a life sentence. The only strange feature of the story is that the police managed to arrest the suspect without firing a shot: they caught him off guard when he stopped by an auto parts shop. Police officers dragged him out of the shop and put him in the trunk of the police car. Such suspects, who have no chances of escaping life in prison, usually fight to the end because they do not want to end up behind bars. Bashirov’s arrest may help the police uncover the network of militants connected to him, since he was not an ordinary militant. This might put Amir Abu Yasir’s entire group of at risk.

The fact that the IS took responsibility for the Dagestani militants’ attacks does not mean the Middle Eastern organization actually played a role in it. Like the Caucasus Emirate in the past, the IS will claim responsibility for all attacks in the North Caucasus, regardless of who actually carried them out (Kavpolit.com, March 30).

The IS has no links to the North Caucasus other than via the Internet. Hence, the connection between the North Caucasian militants and the IS will be disrupted as soon as the authorities locate the militants who send reports to the Middle East electronically. So far, IS-affiliated insurgents in the region have launched only sporadic and isolated attacks. They apparently do not have the same vision the Caucasus Emirate had. The arrival of the IS in the North Caucasus, which appeared to pose a serious challenge to Russia, has apparently turned out to be less frightening than expected. If the tactics and concepts of the IS-affiliated rebels in the North Caucasus do not change during the coming spring and summer, the region’s rebels might be disappointed in the new organization and try to revive the Caucasus Emirate.

The counterterrorist operation regime in Derbent has been in place since March 2, but it has had little success in tracking the rebels down. The police only reported that they found a militant hideout near the village of Zidyan-Kazmalyar. The IS has so far failed to show strength in the North Caucasus. At the same time, the Russian government has not managed to destroy the top IS commanders in the region, which suggests more fighting lies ahead. 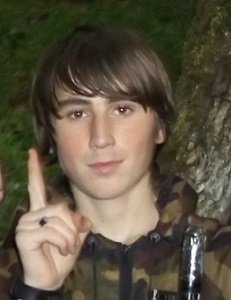 Back
Central Asian Nuclear-Weapon-Free Zone: ..Next
Belarus Goes Against the Tide

The horrible tragedy in Boston on April 15 has refocused Western attention on Russia’s troubled North Caucasus, which has already experienced more than a decade of turmoil and upheaval. Many perspectives exist in scrutinizing the deadly events surrounding the Boston Marathon terrorist attacks. But nearly all the dimensions of... END_OF_DOCUMENT_TOKEN_TO_BE_REPLACED