Many governments in the post-Soviet space fear they may be threatened by a color revolution; others are worried that they will become victims of a hybrid war. But Belarus is worried about both at the same time, something that makes it difficult for Minsk to cope because the challenges posed by the one and those posed by the other are quite different. Moreover, the policies that might be most useful to block one could, in some circumstances, have the effect of making the latter more likely. This is especially true because one outside power—Vladimir Putin’s Russia—is interested in making use of both in pursuit of Moscow’s ends.

The difficulties of preparing for the two threats simultaneously, Belarusian experts say, are reflected in Minsk’s new military doctrine, which was approved by the lower house of parliament on June 16. On the one hand, the authors of the document have said they wrote it with an eye to preventing any possibility of a successful color revolution against Alyaksandr Lukashenka’s regime (Interfax, June 16). But on the other, they have also declared that the new doctrine was drafted to provide guidance in dealing with “all possible variants of the unleashing of aggression against Belarus, including at the stage of an internal armed conflict provoked from outside with the help of hybrid means” (Naviny.by, April 4).

The text of the document, Naviny.by commentator Aleksandr Klaskovsky points out, does not include the terms “color revolution” or “hybrid war,” but it is not hard to see that they are the real subjects of the new doctrine. For example, he says, the document makes reference to “attempts at interference in the internal affairs of particular states […] with the broad and complex application of military force both in traditional forms and also in the use of diversionary (partisan) and terrorist methods of conducting military operations” (Naviny.by, June 16).

But as Klaskovsky notes, “rhetoric is rhetoric”; and the real question is about real threats and the direction from which they come. Until recently, Minsk viewed the West as the only plausible source of a potential color revolution in Belarus and saw Russia as an ally interested in defending the Lukashenka regime. But Moscow’s actions in Ukraine changed Minsk’s perspective, and many there now recognize that the West is no longer interested in overthrowing the Belarusian government. Rather, experts and observers in Minsk argue that the West wants to use Belarus to contain Putin’s Russia and that Russia is prepared to use both color revolutions and hybrid war to promote its interests and power.

Moscow is clearly aware of this shift in Belarusian thinking, and to counter it Russian officials have proposed that Russia and Belarus, as members of the Union State, draw up a common military doctrine—one that they say would reflect the views of both countries. But as Klaskovsky notes (Naviny.by, April 2), “it is difficult to imagine how it would be possible to compose a genuinely working single document for two countries whose interests seriously diverge on a number of principled positions.”

That document, Belarusian military analyst Aleksandr Alesin tells Klaskovsky, is likely to consist of meaningless generalities. Valery Karbalevich, an expert at the Minsk-based analytical center “Strategy,” agrees and argues that the Belarusian military doctrine, while perhaps unlikely to lead to specific actions, is nonetheless far more valuable than any Union State declaration because it “reflects the attitudes in military-political circles at the highest level” in Minsk. Specifically, it shows that Minsk is now far more afraid of a hybrid war coming from the East than any color revolution emanating from the West (Naviny.by, June 16).

Alesin agrees but adds an important detail: In his view, the new document reflects the views of many in Minsk that Moscow, rather than the West, is actually likely to use color revolution technologies against Belarus because it explicitly says that color revolutions are “above all ‘states of the preparation of hybrid wars’ ” rather than an alternative, as many have thought up to now (Naviny.by, June 16).

The real issue that the new military doctrine implicitly raises but does not address, Klaskovsky suggests, is whether or not Belarusians would fight for their country and their government in case of either strategy being employed against them. Indirectly, the document is not optimistic given that it talks about “a weakening in society of a feeling of patriotism and of the readiness of citizens to an armed defense of the independence, territorial integrity and sovereignty of the Republic of Belarus” (Naviny.by, June 16).

Many commentators in Minsk, Moscow and the West share that pessimism regarding Belarus, the Naviny.by author says. But Alesin argues the situation is not as bad as that. Instead, he says “about 70 percent” of Belarusians do not want to lose their independence, a number that would go up in the case of a direct military threat. At the same time, however, Klaskovsky points out that Lukashenka is “afraid of developing national self-consciousness because this will strengthen civil society, which is critical of his regime. It talks a lot about patriotism,” he continues, “but real as opposed to state-controlled patriots make it uncomfortable” (Naviny.by, June 16).

None of these Belarusian analysts says this, but there is one conclusion that follows from their arguments: Moscow is likely to try to promote its own version of a color revolution in Belarus rather than to invade, if it decides that it has to change Minsk’s direction in a radical way. 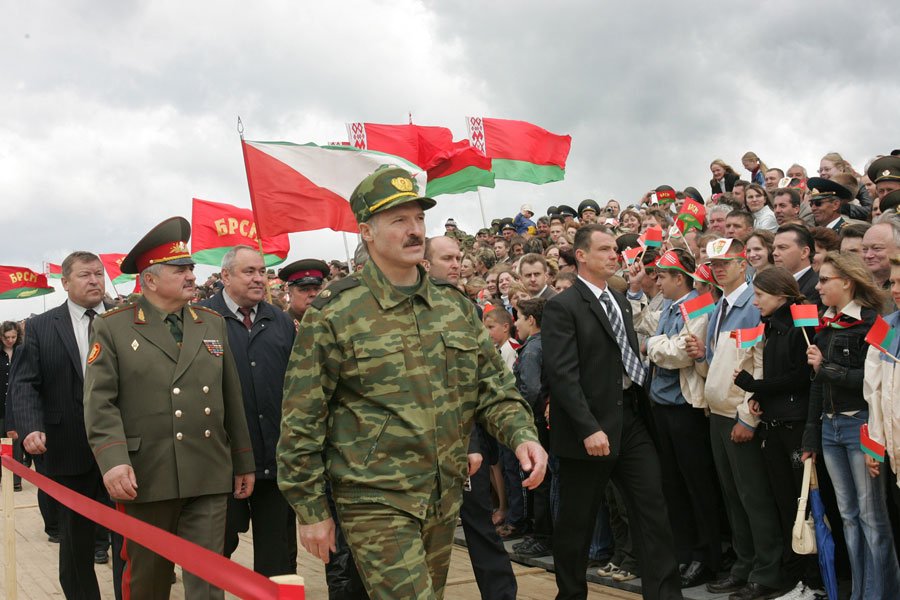