The ethnic-Ukrainian share of Ukraine’s population is now greater than the ethnic-Russian share of the Russian Federation’s population—and significantly larger if one does not include Russian-occupied Crimea and Donbas in the Ukrainian estimation. Despite that, Moscow continues to try to play the ethnic card in Ukraine, not only with ethnic Russians in the east but with smaller ethnic communities elsewhere. Russia’s earlier failed efforts to mobilize Ukraine’s 150,000 ethnic Hungarians and 150,000 Romanians attracted some attention in the past largely because of their proximity to Hungary and Romania, respectively. But now Moscow is seeking to put two other and smaller groups—the 32,000 Gagauz (a Turkic-speaking people who mainly belong to the Christian Orthodox Church) and the 140,000 Bulgarians—in play in Odesa oblast in a transparent attempt to destabilize that southern Ukrainian region and Ukraine more generally (see EDM, April 9, 13, 2015).

This latest Russian effort began immediately after June 28, when Ukrainian President Petro Poroshenko proposed giving the Crimean Tatars the right to self-determination within Ukraine. Many Ukrainians support this policy for the Crimean Tatars as an effective wedge issue against the Russian occupation of Crimea. But at the same time, others have opposed it because of concerns about the precedent this might set for ethnic Russians or other ethnic minorities throughout Ukraine. Those fears may be justified given that following Poroshenko’s announcement, Moscow-based commentators immediately complained that Kyiv was not offering a similar right of autonomy to Ukraine’s ethnic Russians (Vz.ru, June 28). In addition, reports soon appeared in Russian outlets that the Bulgarian and Gagauz communities in Ukraine had begun campaigns to demand autonomy for themselves.

Within a week of Poroshenko making his proposal, Moscow media outlets were filled with reports that the Bulgarians of Ukraine had asked the Ukrainian president to grant them autonomy in Odesa and Kherson oblasts. These Russian reports cited Yury Palychev, who was identified as a leader of the Bulgarian community, to the effect that Poroshenko’s proposal had “essentially changed the constitutional field of Ukraine and created an important precedent.” Therefore, he reportedly said, “the Bulgarians of Ukraine living on specific territories also [should] receive autonomy” (Vz.ru, July 4).

But less than a day later, Palychev spoke to the Ukrainian press and denied what Moscow was reporting: “I officially declare that I have never appealed to Ukrainian President Petro Alekseyeviuch Poroshenko. Moreover, I have never called on anyone to offer territorial autonomy to the Bulgarians in Odesa and Kherson oblasts. I have always stood on the principles of the territorial integrity and inviolability of Ukraine, and I stand on those principles now” (Golos.ua, July 5). Palychev’s statement was confirmed by other Bulgarians in Ukraine and received prominent coverage in Sofia newspapers, thus giving Moscow another black eye there (Bnr.bg, July 6).

The Bulgarian “demand” turned out to be nothing more than the latest example of Russian disinformation. But the situation with regard to Ukraine’s Gagauz may be more significant not only because it appears that its leaders appear to really want some specific form of autonomy but also because Russian outlets are promoting it far more heavily than they did the Bulgarian “falshivka” (falsity) (Korrespondent.net, Lenta.ru, Gagauzinfo.md, RT, July 18).

Using its VKontakte page, the Union of Gagauz of Ukraine issued a statement that none of its leaders or members have so far disowned. After Poroshenko’s speech, the Union said that “unfortunately many Gagauz are forgetting their language and being transformed into part of a uniform social mass. At one point, the lands of southern Ukraine were given to us, Gagauz, because of our fidelity to Orthodoxy. [Because of that heritage,] we have the complete right to call ourselves the indigenous residents of these places. But we do not have our own territorial autonomy” (Vz.ru, July 18).

According to the Gagauz Union declaration, until Poroshenko’s proposal regarding the Crimean Tatars, any talk of autonomy was denounced as separatism, “but the times are changing,” and Poroshenko’s proposal represents “a powerful domestic political breakthrough” that gives the Gagauz and others “real prospects for the autonomization of the country while preserving its territorial integrity… We need autonomy for self-preservation and further development. [And] our Union of the Gagauz of Ukraine is appealing to President Poroshenko and the deputies of the Verkhovna Rada [Ukrainian parliament] to take up this issue” because its adoption will represent “the triumph of justice and democracy in Ukraine” (Vz.ru, July 18).

Three reasons exist for why Moscow likely believes that it will be more successful with the Gagauz than with other minority groups. First, Moscow has long experience working with and even manipulating the Gagauz minority in Moldova, where the Russian authorities have been able to coordinate Gagauz actions with those of separatist Transnistria against the Moldovan state. Second, the Gagauz minority in Ukraine is small and thus easier to control than larger ones. It is unlikely that any statement that the Gagauz Union puts out will ever be denied, regardless of whether it is genuine or not. And third, precisely because this Turkic-speaking but Russian Orthodox group is so little known, Moscow can disseminate the kinds of declarations it needs with little fear that they will be contradicted by outsider observers.

Such Russian special operations will have to be watched closely. What appears to be a minor issue now could blow up into a major one if it is coordinated in Ukraine in the same way the Gagauz have been coordinated with Transnistria in Moldova. 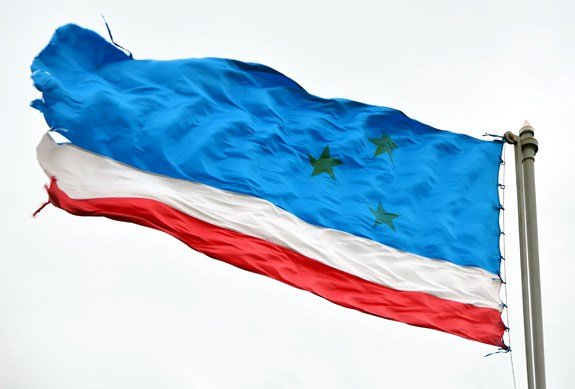 The Jamestown Foundation was proud to host a webinar on... END_OF_DOCUMENT_TOKEN_TO_BE_REPLACED

Jamestown Foundation Analyst Richard Arnold was interviewed by PolitiFact for a story on the Lie of the Year 2022, or Putin’s long list of lies... END_OF_DOCUMENT_TOKEN_TO_BE_REPLACED