The estimates of extremists in Dagestan are quite high, especially given that there are about 21,000 police officers in the republic. As a rule, the police registers individuals who have disagreements with the government as unreliable and extremist. In Makhachkala alone, the police registered 1,581 followers of extremist religious teachings, more than half of whom—862 individuals—were registered in 2014. The police took DNA samples from 105 followers of non-traditional Islam. The police also identified 31 individuals who went to fight in Syria and put them on the wanted list (Kavpolit.com, March 4).

Evidence suggests that the situation is unfolding in unexpected ways. On February 25, the National Assembly of Dagestan passed, in its first reading, a law titled “On the Prophylactic of the Extremist Activities in the Republic of Dagestan.” The new legislation is supposed to replace an old law that made Wahhabism illegal. The Dagestani government banned Wahhabism at the start of the second Russian-Chechen war in 1999. During a discussion of the new legislation, Dagestan’s government told members of the republic’s parliament that it was designed to replace the 1999 law, saying it was legally flawed. The Dagestani parliament had tried to abolish it two years earlier (Dagestanpost.ru, May 15, 2014).

However, references to abolishing the previous legislation outlawing Wahhabism somewhat disappeared from the draft law that was published on the republican parliament’s website. It appears that the republican government decided it was too early to abolish the outlawing of Wahhabism in the republic (the law of the Republic of Dagestan passed on September 22, 1999, “On the Ban of Wahhabi and other Extremist Activities on the Territory of the Republic of Dagestan”) (Nsrd.ru, March 2).

The authorities compile lists of extremists not only in Dagestan but across the Russian Federation. According to the head of the government agency Rosfinmonitoring (the Russian Federal Financial Monitoring Service), Yuri Chikhanchin, the government last year alone put 1,500 individuals on the terrorist watch list (Echo.msk.ru, March 9). That is most likely only the tip of the iceberg, because the number of individuals returning from the Middle East to Russia who are put on the list of extremists is constantly growing. Those people who fight for Russian interests in Ukraine are excluded from the list. At the start of 2016, Russia’s Ministry of Interior and the FSB jointly monitored over 2,800 Russian citizens who went to Syria and Iraq to fight. Additionally, the authorities launched criminal investigations targeting 889 militants who returned to Russia and identified 92 recruiters for illegal foreign armed groups (Rbc.ru, December 25, 2015).

The number of militants who returned from Syria to Russia is a quite impressive figure that indicates how large the threat to Russia is. Since some of the militants who return will remain unknown to the government, the risk that radicals of the so-called Islamic State will strike Russia is quite high. During a meeting with President Vladimir Putin, Rosfinmonitoring head Chikhanchin said that Russians send the equivalent of several hundred thousand dollars abroad each year to help Islamists (Newsru.com, March 9). It is quite striking that people in Russia are still financing Islamic State members outside the country despite the high risks in doing so.

Registering everybody who wears a beard or hijab and identifying them as supporters of radical Islam is unlikely to help Russia improve the security situation in the North Caucasus. Currently, ordinary police officers decide who is radical, which indicates that Russia has no methods of identifying supporters of radical teachings. So-called specialists on Islam often put disenfranchised individuals, whose rights or whose relatives’ rights were violated by the government, on the list of radicals. The Russian government appears to be rushing from one extreme to another, without realizing that everything it does is harming Russia itself. 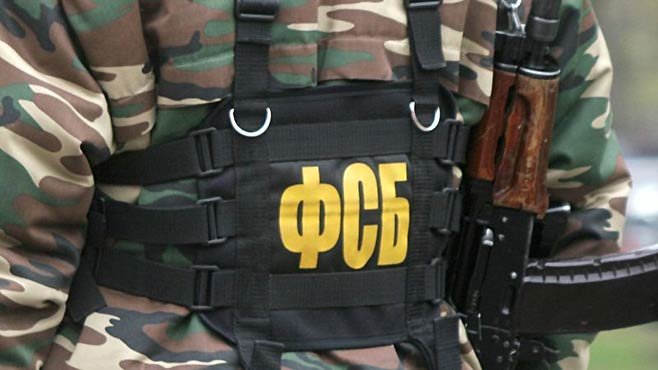 Back
The Brussels Terrorist Attacks: An Oppor..Next
Kazakhstan Faces Militarization of the C..

On October 26, the Jamestown Foundation hosted a webinar on Assessing... END_OF_DOCUMENT_TOKEN_TO_BE_REPLACED

An August 25 article in The New Arab quotes Jamestown Senior Fellow Sergey Sukhankin regarding Russia’s continued interests in Libya and how it uses private... END_OF_DOCUMENT_TOKEN_TO_BE_REPLACED