Fighting in northern Afghanistan has continued throughout the end of 2015 and start of 2016, culminating in the temporary fall of the strategically important city of Kunduz. The capture of Kunduz, which came much to the shock of the Afghan government and the international community, is an indication of a resurgent Taliban, one whose recent successes are shifting the battlefield to the north of the country.

The Capture of Kunduz

The Taliban’s advances in the north have been relatively rapid, with fighters targeting the main electricity transmission lines from Uzbekistan to Afghanistan in the Dand-e-Ghori area of Baghlan province, an area considered to be the heartland for the insurgency’s northern operations (Avapress, January 27, 2016). At the same time, the Taliban waged a series of offensives aimed at capturing Pole-Khomri, the capital city of Baghlan province, a strategic area that connects Kabul to northeastern Kunduz, Takhar, and Badkhshan provinces, as well as to the cities of Balkh and Faryab (BBC Persian, February 8, 2016).

Kunduz fell to the Taliban on September 28, 2015 (Firstpost, October 12, 2015). While it took only days for government forces to recapture the city and deepen the government’s control in its districts (Tasnimnews, September 26, 2015), the Taliban’s victory was of vital strategic and symbolic importance to the group. Kunduz was the first city to fall at the hands of Mujahideen after the Soviet withdrawal of Afghanistan in 1979 (Khabarnama.net, February 23, 2016). It was from there that the Mujahideen incepted their battle for control over the major cities, and eventually the capture of the capital city of Kabul.

Five months after the fall of Kunduz, Taliban forces started to focus on Baghlan, another strategically-located province in northern Afghanistan. Following their eventual defeat in Kunduz, the Taliban began to build on their capabilities around Pole-Khomri. By February, Taliban fighters had established strongholds in Dand-e-Ghori area, in the west of Pole Khomri, in Dande Shahbuddin, in Kokchenar, and in nine other villages west of Pole-Khomri (BBC Persian, February 8, 2016).

As they sought to expand their operations in the center of Balghan province, one of the Taliban’s first moves was to blow up the main electricity transmission lines to Kabul, causing the capital to go dark. Government forces subsequently launched their offensives to clear the Taliban strongholds, recapturing these areas a month later (Iribnews, March 3, 2016).

While it lacks the symbolic significance, Baghlan is—like Kunduz—of strategic importance for the Taliban. It is linked to the main ports of Sherkhan in Kunduz, which connects Afghanistan to Tajikistan, Hairaton in Balkh province, which connects the country to Uzbekistan, and Aqina in Faryab, which connects to Turkmenistan. Road links from these locations pass through Baghlan and Salang on the way to Kabul, and from there, on to the borders with Pakistan and Iran. The cities’ interconnectedness with other crucial locations poses a threat to the implementation of two key economic projects – TUTAP (the Turkmenistan, Uzbekistan, Tajikistan, Afghanistan and Pakistan power transmission project), funded by the Asian Development Bank, and the KASA-1000 electricity transmission project intended to supply Pakistan.

Taliban and Islamic State in Faryab and Balkh

Since early 2015, there have been reports of insurgents seizing control of some of the more remote rural districts of the northwestern province of Faryab. The area has been the focus of insurgents since 2007, when newly-emerged Taliban groups were expanding their areas of operation from southern Afghanistan to western and northwestern regions of the country.

Faryab is the powerbase of Afghanistan’s current vice president, General Abdul Rashid Dostum, the anti-Taliban warlord who played a key role in Afghanistan’s 1990s civil war. In August 2015, Dostum mounted an anti-Taliban operation becoming, with some fanfare, the first of Kabul’s new political establishment to appear in military uniform (Etelatrooz, October 21, 2015). Since then, he has waged two other operations to clear Faryab from the Taliban, but each with little success.

At the time of Dostum’s second operation in Faryab, the security situation had notably worsened, as the Taliban had begun abducting civilians accused of having ties to government. In February 2016, according to local government officials, Taliban fighters abducted passengers from two buses in the Jangal Bagh area of Andkhoi district, but later released them (Bokhdinews, February 6, 2016). In another incident, Taliban fighters abducted around 100 civilians traveling from Faryab to Kabul in Khaja Sabzposh district, mortally shooting two but releasing the others (Shafaqna.com, February 26, 2016).

Meanwhile, Islamic State (IS) was already known to be present in Faryab—as well as three other major provinces—by March 2015. By May, General John Campbell, the former commander of NATO’s Resolute Support mission, was speaking of IS activity in Faryab, Helmand, and Nangarhar (Shafaqna.com, July 20).

Under similar threat is Balkh province, governed by the famous Afghan Mujahideen commander, Atta Mohammad Noor. Since the fall of the Taliban in 2001, Balkh has been one of the most stable provinces in the country. Under Noor—who has twice donned military uniform to lead the security operations to clear Balkh province of violent non-state actors—insurgents had been significantly constrained. In May 2015, Noor announced that almost all of Balkh province was free from the influence of the Taliban and other insurgent groups.

But as the insurgency has found strategic success in the north, the security situation in Balkh has dramatically changed. According to media reports, the black flag of IS has been seen in the province’s Zare and Koshanda districts (Darinews, March 13, 2016). At the beginning of March, two weeks ahead of the Afghan Nowruz (New Year celebrations), Noor mounted an operation known as Khorshid 21, serving as an acknowledgement of the emergence of IS in his province.

Battlefield in the North

The Taliban are increasingly focused on Afghanistan’s north as they seek to expand their geographical control of the country. As they do so, state actors have shown their readiness to defend areas that are their traditional powerbases. However, the presence of IS adds a further troubling dimension to the security situation (Terrorism Monitor, March 3, 2016). 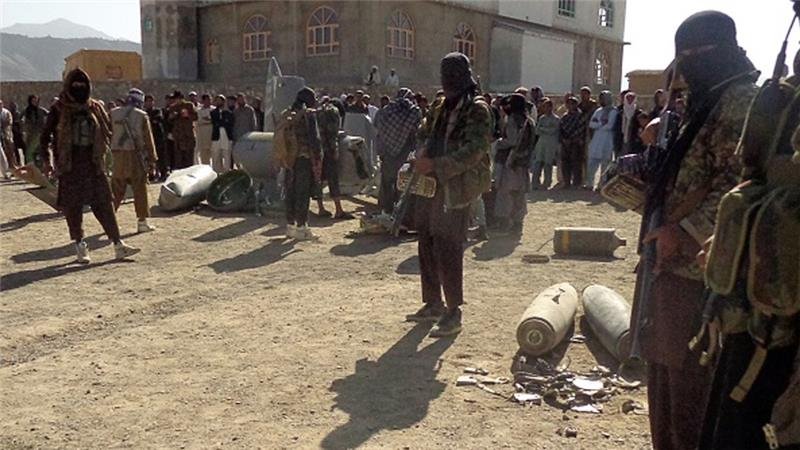 The Jamestown Foundation is proud to present a webinar on “Broken... END_OF_DOCUMENT_TOKEN_TO_BE_REPLACED

On January 9, The New York Times ran an article on a scandal involving Hong Kong government elites that featured an interview with Jamestown Senior... END_OF_DOCUMENT_TOKEN_TO_BE_REPLACED