Turkish President Recep Tayyip Erdoğan said, on July 5, that the June 28 attack at Istanbul’s international airport was carried out by natives of Dagestan, Kyrgyzstan and Tajikistan (Korrespondent.net, July 5). “Unfortunately, our neighbors from the North Caucasus were involved in the terrorist attack,” Erdoğan was quoted as saying (Kavkazsky Uzel, July 5).

According to Turkey’s Dogan news agency, 17 people were arrested in Turkey on charges of “membership in an armed terrorist group” (Interfax, July 5). Out of the 17 suspects arrested on July 5, 11 were Russian citizens. Overall, the Turkish authorities have arrested 30 persons (RIA Novosti, July 5).

The fact that Russian citizens were involved in the attack is becoming increasingly plausible. Yet, while the Turkish authorities say that the suspects belonged to the Islamic State (IS), for some reason they have detained representatives of the Hizb ut-Tahrir organization, including Tagir Minibaev of Ufa. This raises the question: Were the Turkish authorities unable to distinguish between representatives of the Islamic State and Hizb ut-Tahrir, or did members of the latter switch sides and join the IS? The differences between Hizb ut-Tahrir and the IS are quite significant. Hizb ut-Tahrir has criticized the IS since the latter’s inception, and the two organizations cannot be considered allies.

Meanwhile, the subject of alleged Chechen involvement in the attack has all but disappeared from media coverage, with the exception of the alleged participation of Akhmed Chataev (see EDM, July 7). At the same time, the Dagestani diaspora in Istanbul has confirmed the arrests of several Dagestanis in Turkey, but could not specify exactly how many they detained. Soslanbek Isaev, a journalist of North Caucasian origin living in Turkey, was quoted as saying that “the Dagestani diaspora is diverse, and migrants who belong to different waves of immigration may not always communicate with each other. The ISIS’ [Islamic State of Iraq and Syria—a former name of the Islamic State] diaspora is not divided along ethnic lines. They live separately, bound by their ideology. Hence, moderate members of the Dagestani diaspora may not even be aware of some of their fellow Dagestanis becoming radicals” (BBC News—Russian service, July 5).

Kadyrov wrote that he raised the issue of these individuals when he met with Turkey’s interior minister and urged Turkey to hand over the suspects to Russia. The individuals named by Chechnya’s governor were top Chechen militant commanders who had managed to emigrate to Turkey after 2011. Some of them, such as Gaziev, Vadalov, and Basaev, actually opposed the Caucasus Emirate and instead supported a secular Ichkerian government. Others supported the Caucasus Emirate, including Udugov, Umarov, and others. It is unclear why Kadyrov included Makhran Saidov on the list of suspects in Turkey. About six months ago, Saidov sent video messages to Vadalov from Chechnya. Saidov may have moved to Turkey in recent months. Kadyrov also referred to members of the Georgian parliament who said that Akhmed Chataev was recruited by the Georgian security services. It is unlikely Chataev was recruited by the Georgian security services, because that claim, made by the chairman of the Georgian parliamentary committee for defense and national security, Irakly Sesiashvili, appears to have been an act of revenge against former Georgian president Mikheil Saakashvili (Delfi.ee, July 3). Still, conflicting information continues to be reported on this point (The Daily Beast, July 1).

The Turkish government’s policy toward suspects sought by Russia on terrorism charges is complicated. The Turkish authorities warn the fugitives not to make public statements and thereby reveal they are in Turkey. They are not allowed to travel internationally. The fugitives are also expected to be completely transparent about their activities and avoid engaging in politics. The North Caucasian fugitives, however, do not always comply with the Turkish government’s demands.

Thus, judging by Turkish media reports, the Turkish probe into the airport attack is confused, and its investigators do not have a clear idea of what organization was behind the attack. The Islamic State normally claims responsibility for any type of explosion that happens anywhere in the world, but for some reason did not claim responsibility for the Istanbul airport attack. Turkey appears to be trying to hide some information that could potentially jeopardize its relations with Russia after the two countries recently took steps toward rapprochement (see EDM, July 7). 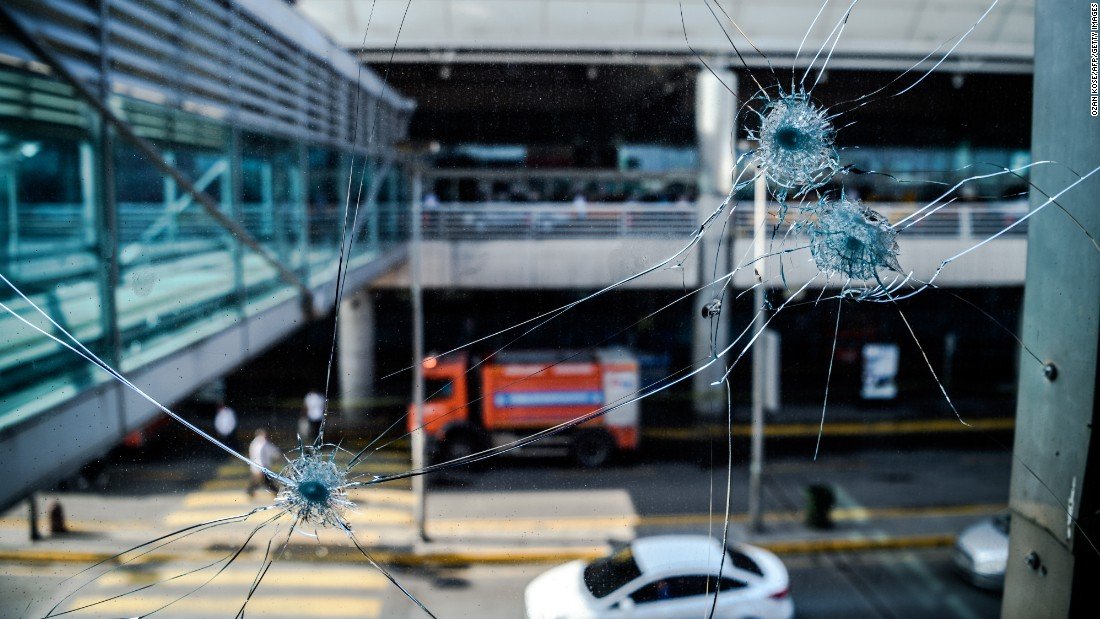 Back
US Diplomacy, Ukraine Diverge on the Min..Next
How Lithuania’s Ham Radio Operators Ou..