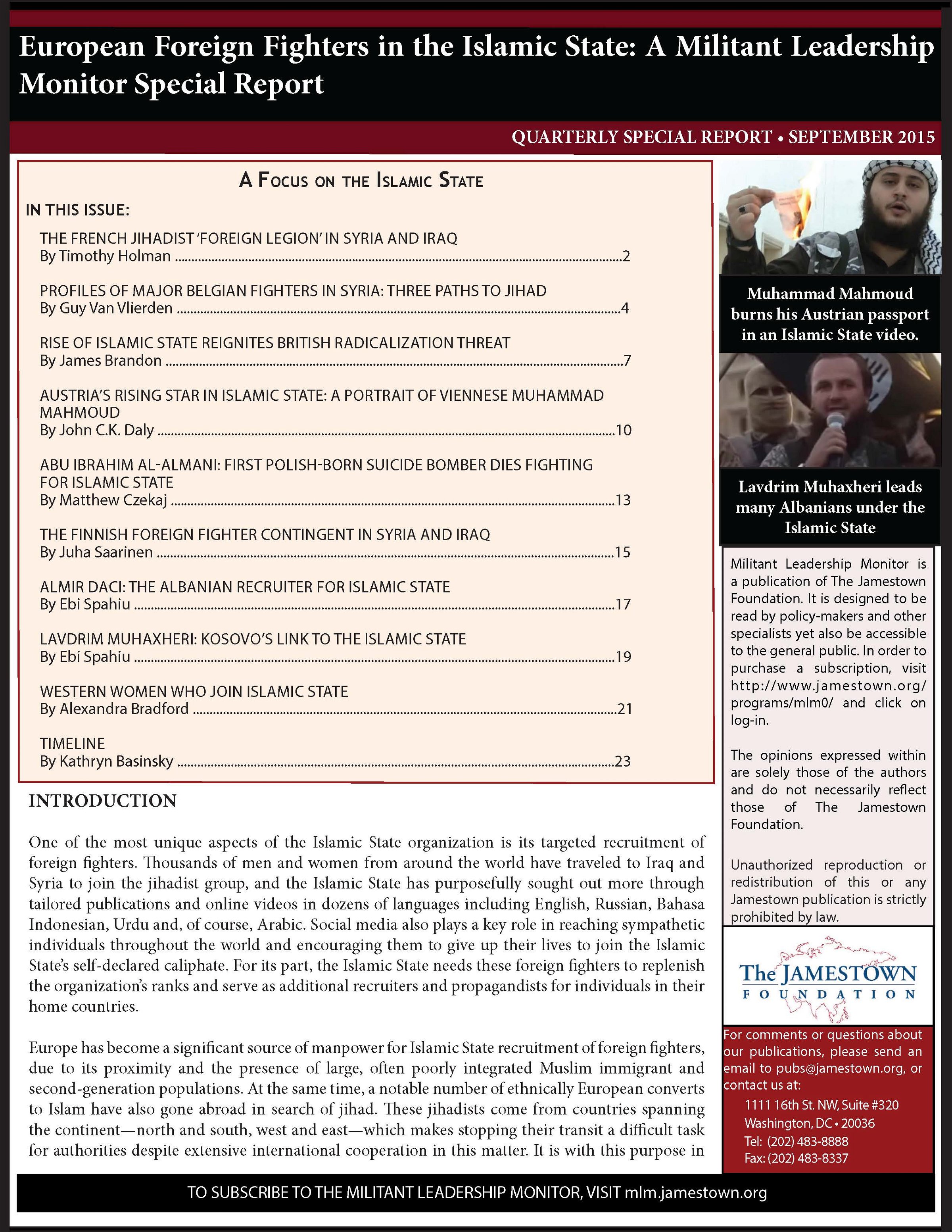 Europe has become a significant source of manpower for Islamic State recruitment of foreign fighters, due to its proximity and the presence of large, often poorly integrated Muslim immigrant and second-generation populations. At the same time, a notable number of ethnically European converts to Islam have also gone abroad in search of jihad. These jihadists come from countries spanning the continent—north and south, west and east—which makes stopping their transit a difficult task for authorities despite extensive international cooperation in this matter. It is with this purpose in mind that this QSR on European foreign fighters was compiled—to identify patterns and networks of these individuals who are sympathetic to violent Islamic extremism so that policymakers are better able to analyze at-risk populations within their own countries.