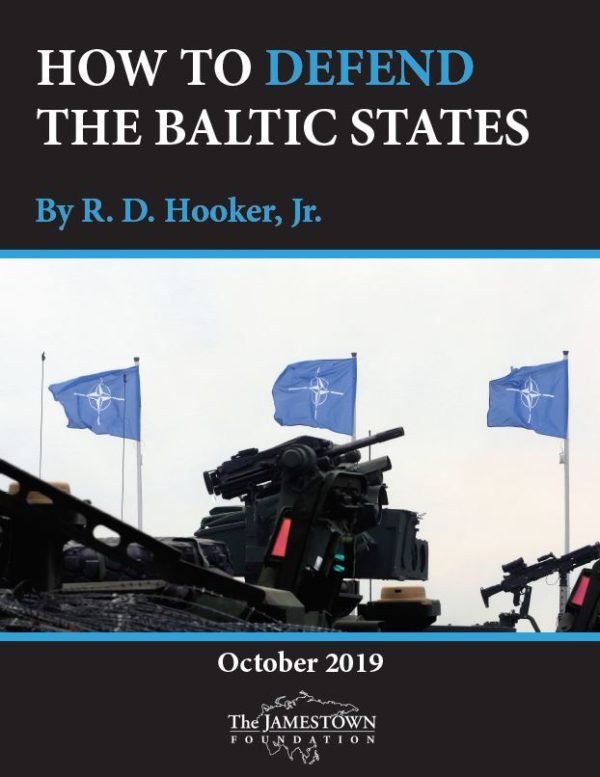 How to Defend the Baltic States

Since at least 2014, the United States’ National Security Strategy and almost every major US think tank has called attention to the parlous state of the North Atlantic Treaty Organization’s (NATO) eastern flank. There, some of NATO’s newest and smallest member states are threatened by an aggressive and revanchist Russian Federation. In particular, the three Baltic States—Estonia, Latvia and Lithuania—face powerful Russian forces with tiny armies and modest defense budgets. Despite presidential guidance contained in the US National Security Strategy, these frontline countries remain all but undefended. For Russian President Vladimir Putin, the prize is tempting: an opportunity, at low risk, to seize NATO territory and fracture the Alliance. As an urgent priority, Washington, as leader of NATO, should take on defense of the Baltics as a critical priority. Indeed, without effective defense, there can be no effective deterrence.

In How to Defend the Baltic States, Jamestown Distinguished Senior Fellow Richard D. Hooker, Jr., long-time defense scholar and Theodore Roosevelt Chair in National Security Affairs at the National Defense University, lays out the military units and force posture, along with changes to Alliance command and control, that would be needed to prevail in case Russia were to spark hostilities in the Baltic States. His report is a must-read for all US and NATO defense policymakers, military planners as well as on-the-ground commanders who are daily tasked with the responsibility of ensuring credible defense and deterrence on the Alliance’s northeastern flank.

How to Defend the Baltic States.PDF

Abstract: This article outlines the history and genesis of Kurdish Islamist groups in Iraq. Based on fieldwork and personal interviews conducted in Iraq in 2003 and 2004, this study presents a significant amount of never-before published details about these movements. Particular attention is paid to... MORE
Select options
The Occasional Paper, entitled “Northern Nigeria’s Boko Haram: The Prize in Al-Qaeda’s Africa Strategy” is now available for purchase on our website. This Occasional Paper examines the evolution of al-Qaeda’s Africa strategy from its focus on East Africa in the 1990s to the entire African... MORE
$20.00 – $25.00 Select options
In The Georgia Crisis and Russia-Turkey Relations, Igor Torbakov examines the major shifts in regional geopolitics triggered by the August 2008 Russia-Georgia war.
$14.95 Select options
The tribal areas of Pakistan’s North-West Frontier Province (NWFP) fully deserve President Barack Obama’s description as “the most dangerous place in the world”.  This remote and inhospitable region is only nominally under Pakistan's administration and its Pashtun tribesmen have a long history of opposing outside... MORE
$15.00 – $20.00 Select options

The Jamestown Foundation was proud to host a webinar on... END_OF_DOCUMENT_TOKEN_TO_BE_REPLACED

Jamestown Foundation Analyst Richard Arnold was interviewed by PolitiFact for a story on the Lie of the Year 2022, or Putin’s long list of lies... END_OF_DOCUMENT_TOKEN_TO_BE_REPLACED