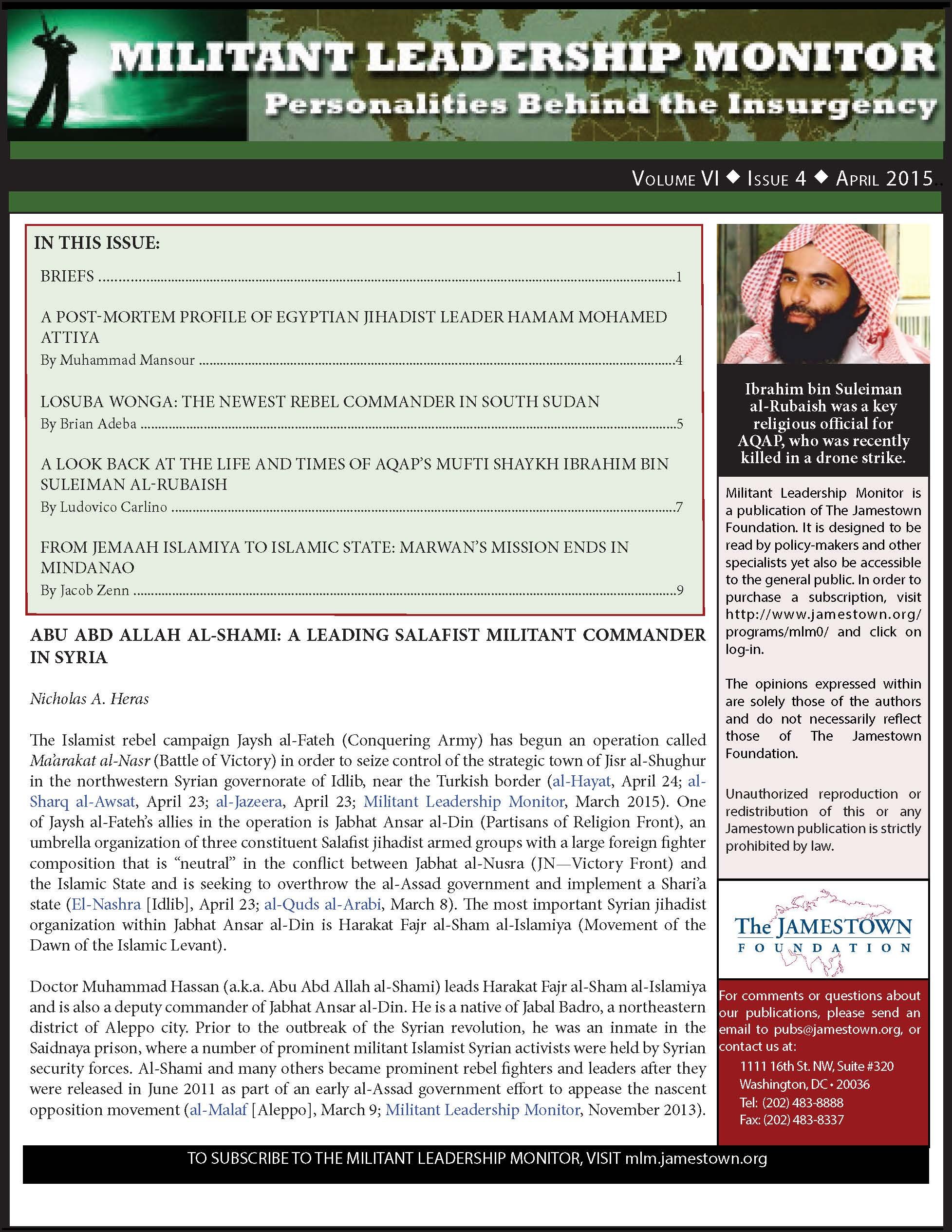 The April 2015 issue of Militant Leadership Monitor covers militants from Syria to South Sudan. Nicholas Heras begins with a brief on Abu Abd Allah al-Shami, a leading Salafist commander in Syria. He follows with another on Anas bin Ali bin Abdul Aziz al-Nashwan, a Saudi cleric who switched sides from al-Qaeda to the Islamic State. Muhammad Mansour details Hamam Mohamed Attiya, the recently killed leader of Ajnad Misr, an Egyptian terrorist group that targets police officers in Cairo and Giza. Losuba Wongo is the newest militant commander in South Sudan to take on the government after his defection from the army according to Brian Adeba. Ludovico Carlino gives a glimpse into Ibrahim al-Rubaish, the latest AQAP Shari’a cleric to be killed by a drone strike in Yemen. Finally, Southeast Asia’s notorious Marwan is profiled in an updated article by Jacob Zenn.

On August 4, the Jamestown Foundation held a webinar  on... END_OF_DOCUMENT_TOKEN_TO_BE_REPLACED

Jamestown Senior Fellow Margarita Assenova was featured in an event with the New Lines Institute for Strategy and Policy on Capitol Hill. The event was... END_OF_DOCUMENT_TOKEN_TO_BE_REPLACED

Given the recent “reset” policy put in place by the Obama administration with regards to Russia policy, a closer look into the Kremlin’s arm sales practices might prove critical for anyone attempting to decipher Moscow’s foreign policy ambitions.  In Shrinking Ground: Russia’s Decline in Global Arms Sales from The... END_OF_DOCUMENT_TOKEN_TO_BE_REPLACED