Many in the West typically think about the three Baltic countries of Estonia, Latvia and Lithuania as a single undifferentiated whole. But in fact, they are quite different despite being small and located next to one another (Paul Goble, “The Baltics: Three States, Three Fates,” Current History, October 1994, pp. 332–336). Given the growing Russian military threat for the region, one particularly important difference to keep in mind is the Baltic States’ distinctive geographies. Like demography, of course, geography is not destiny; but it does greatly define the playing field.

Russian strategists are presumably well aware of these differences, the challenges they present, and the ways in which Moscow must adjust its strategy. Baltic defense planners are equally aware of them and of both the drawbacks and advantages their geographic situations represent. But many leaders within the broader North Atlantic Treaty Organization (NATO) appear much less sensitive to these differences. These officials remain inclined, as the West has so often in the past, to take a one-size-fits-all approach to the Baltic frontline states.

Such a mistaken approach could prove disastrous. Consequently, a brief survey of the geography of the three, with particular attention to their borders, coastlines, topography, rivers and transportation networks is likely to be useful. At the very least, some familiarity with these differences will enhance communication and planning between Western capitals, on the one hand, and Tallinn, Riga and Vilnius, on the other.

Lithuania, Latvia and Estonia have many things in common: they are small and situated on the eastern shore of the Baltic Sea; they all have numerous rivers and lakes; they share borders with the Russian Federation; and they have a transportation grid that remains linked to Russia. But not only do the Baltic States differ in terms of almost everything else, they vary even in terms of these commonalities.

There are many things invaders or defenders can conclude from these facts alone. Five of the most important are the following:

And what may be the most important fact of all: Each of the three Baltic republics has extensive forested areas into which defenders can withdraw and continue the fight until NATO comes to their aid, with Estonia having the most and Lithuania the least. Estonia also has islands, which it would take any Russian force a long time to completely occupy, again giving the North Atlantic Alliance time to respond. 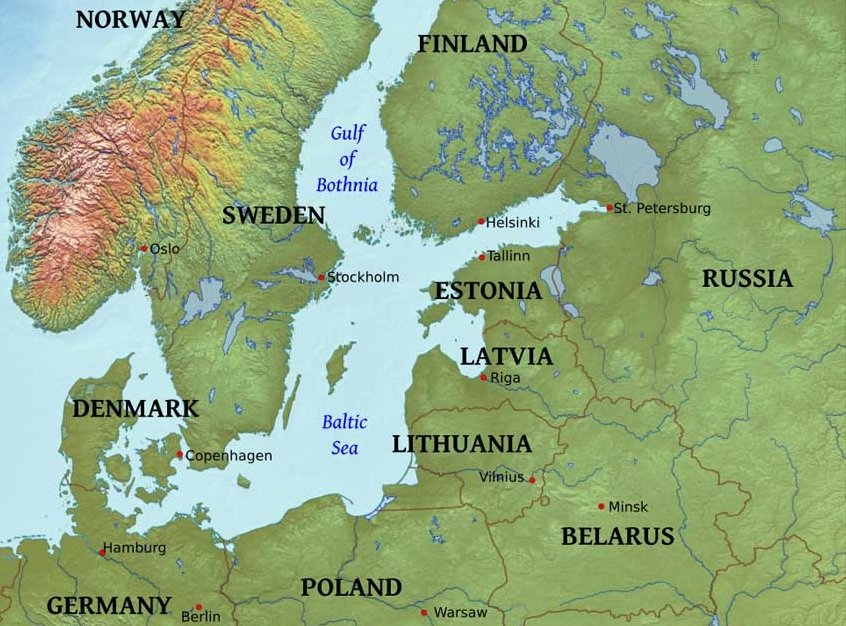 Back
Georgian Government Continues to Struggl..Next
Minsk Props up Currency, Diversifies For..