Since Russia’s military operation in Syria commenced in September 2015, a number of features indicated a degree of experimentation with advanced weapons and hardware. These have promoted speculation that Moscow is trying to develop such systems as part of its alleged hybrid warfare capability or, at a rudimentary level, that it is rehearsing operations against a more technically advanced adversary. Some aspects of these experimental components in Russian military operations are emerging as Russia’s military specialists reflect on the relative success of the intervention in Syria. Uniting themes in such observations are the conceptual approaches of applying well-known Russian military theory such as reflexive control or testing the advances in adopting network-centric warfare capability. According to Igor Korotchenko, the editor of Natsional’naya Oborona, Russia’s military strength in its Syria operation is rooted in more than new aircraft, cruise missiles, helicopters and other platforms: it actually lies in its advances in communications, data transmission and electronic warfare (EW) (Moskovskiy Komsomolets, April 7; see: EDM, October 13, 2015).

Within two-weeks of Russia’s Aerospace Forces (Vozdushno Kosmicheskikh Sil—VKS) starting their operations in Syria, Moscow-based military-diplomatic sources were explaining to media that the use of Su-34 jets to strike targets was an important feature, and one that highlighted the network-centric dimension of some air operations. These platforms were network-enabled and, according to such sources, were testing the developing capability to operate in a single information network. The Su-34 had been fitted with the TKS-2M communications and information management system, which allows data targeting coordination with automated output on electronic maps without depending on ground command posts. Su-34s were exchanging information in real time, which permitted rapid retargeting or changes in tasks, depending upon the tactical situation. The system is also designed to enhance the action and stealth capability of the Su-34. Since the armed rebels or Islamic State combatants had no EW capacity, this lends credence to possible testing for future operations against a rather different adversary. Additional Russian reporting also noted the use of stand-off weapons systems to introduce a clear non-contact feature to the operations in Syria, despite its use being militarily unnecessary (Topwar.ru, October 9, 2015; TASS, October 8, 2015).

The network-centric aspects of Russia’s military experiments in Syria were tied to more than individual deployment of key platforms, or advanced EW. Korotchenko provides additional clues to confirm the network-centric key to Moscow’s testing of advanced technologies in Syria. He notes the use of a military internet, which established high-speed secure data transfer between units. At the strategic level, the same system was locked into the National Defense Management Center (Natsional’nyy Tsentr Upravleniya Oboronoy—NTsUO), in Moscow, to connect with the Hmeymim airbase. This linkage of the NTsUO and the Russian air group at Hmeymim airbase maintained continuous, real-time, secure command and control (C2) in a networked environment (MK.ru, April 7). The enhancement of combat effectiveness through automated C2 systems was equally visible in the reported deployment of Andromeda-D and other automated C2; there was speculation that the Andromeda-D was used in an experimental deployment of a combat robot system. Andromeda-D is the automated C2 system used by the elite Airborne Forces (Nezavisimoye Voyennoye Obozreniye, January 20).

Anatoliy Sokolov, a candidate (PhD) in military science, argues that Russia’s military operations in Syria will enter new books on strategy and tactics. Judging the overall Russian intervention in Syria as a success, Sokolov assessed its political and military features. Sokolov summarized Moscow’s military achievements in Syria as follows: For the first time in the 21st century, Russia has used its Armed Forces openly and efficiently to demonstrate advances in military capability, proving the United States’ earliest forecasting for the operation palpably wrong. Russia’s military is capable of acting quickly and unexpectedly in a rapidly changing military and political situation. Logistical support during the operations denotes progress in improving combat service support for such operations. It marks the use of a mobile group of forces operating in a single information space. The military has gained invaluable experience in this “new type” of warfare. Moscow has explored various support platforms for this new form of warfare, including air and space systems. And finally, Russia has played a proactive role in “peacemaking” and “post-conflict settlement,” having been involved in dialogue with warring parties and in delivering humanitarian aid (Voyenno Promyshlennyy Kuryer, April 12).

Sokolov characterized the Russian operation in Syria as an answer to the chaos of “color revolutions,” and he argued that Russia’s actions have helped to expose US and Turkey’s wider interests in the Middle East. But returning to the specifics of the military operations, he suggested that Moscow has made progress toward integrating a single information space to combine systems management software with robotic systems and precision-guided weaponry. His description of this single information space network-enabled approach to warfare has profound implications for Russian military operations at strategic and tactical levels. Sokolov concludes that answering the many questions flowing from these observations is now the primary task facing Russian military science (Voyenno Promyshlennyy Kuryer, April 12).

Vasiliy Mikryukov, a doctor of pedagogical sciences and a member of the Academy of Military Science, argues that the operation in Syria is equally a classic example of Russia exploiting reflexive control theory (Voyenno Promyshlennyy Kuryer, April 12). Mikryukov noted that the VKS operation caught the US and its allies by surprise, and it proved President Barack Obama’s contention that Russia would find itself in a “quagmire” as entirely misjudged.

Mikryukov referred to reflexive control as a method of influencing an opponent to think or behave in a certain manner for the benefit of achieving strategic gains. He turned to the development of reflexive control in the 1960s, highlighting the work of Russian theorists: Colonel Sergei Leonenko, Major-General M. Ionov, Captain 1st rank F. Chausova, Colonel S. Komov, Major-General N. Turco, Major-General Alexander Vladimirov and others. Mikryukov believes that Russia’s use of reflexive control is apparent in the lack of foresight on the part of the US and its allies regarding the surprise use of military power to support the regime in Damascus. It is also apparent in Washington adopting the stance that Russia’s operations in Syria would yield no success and result in a possible second Afghanistan. Mikryukov implies that the Kremlin wanted Washington to see the situation in this way, whereas the outcome was rather different (Voyenno Promyshlennyy Kuryer, April 12). Thus, experiments conducted during the Syria operations are helping the General Staff to refine the introduction of network-centric capability while providing a testing ground for numerous hard- and soft-power tools. 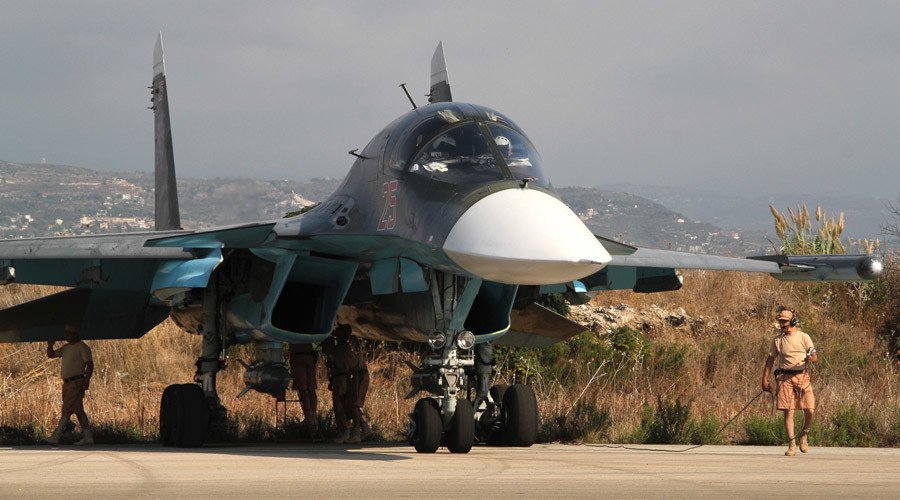 Back
New Prospects for Development of Transpo..Next
Resistance to Re-Imposition of Russian D..

The Jamestown Foundation was proud to host a webinar on... END_OF_DOCUMENT_TOKEN_TO_BE_REPLACED

Jamestown Foundation Analyst Richard Arnold was interviewed by PolitiFact for a story on the Lie of the Year 2022, or Putin’s long list of lies... END_OF_DOCUMENT_TOKEN_TO_BE_REPLACED