Decisions adopted at the Warsaw Summit have changed the framework of NATO’s relations with Georgia, the top performer among countries aspiring to NATO membership (see EDM, July 27, 29). From 2008 (when NATO formalized Georgia’s aspirant country status) to date, partnership programs operated in a NATO-Georgia framework. The Alliance’s 2014 Wales summit, however, endorsed a number of fresh projects that would embed Georgia in common activities with variable groupings of NATO member and partner countries.

The new projects include:

Of all these projects, JTEC seems the most tangible thus far. Co-located with Georgia’s own Training and Military Education Command (TMEC) at Krtsanisi, JTEC is staffed by some 30 officers from NATO member and partner countries. It is designed to host a NATO interoperability team, assist in the planning, execution, and evaluation of multinational exercises, conduct trainings and simulations based on threat scenarios. It is also intended to assist the Georgian army with professional development programs on cyber defense, strategic communications, crisis management procedures (Nato.int, accessed July 20). This broad portfolio will require commensurate financing in order to avoid a selective implementation.

The NATO-Georgia Commission (NGC) met at the foreign ministers’ level in the 28+1 format during the Warsaw Summit, marking the shift from the Annual National Plans (ANP, launched in 2008) to the new formats of flexible cooperation. The ANPs had failed to assist Georgia with training and arming for homeland defense. This failure was a NATO-wide policy. This time, the Commission’s communiqué opens the door slightly for “Allies bilaterally to implement programs to enhance Georgia’s defense and resilience capabilities.” Whether NATO’s trend-setting members interpret “defense” as permitting “lethality,” in Georgia’s or Ukraine’s case, remains to be seen.

Georgia hosted the NATO exercises Agile Spirit annually from 2011 through 2014 in a bilateral United States–Georgian format. Agile Spirit became a multilateral exercise in 2015 (battalion-size Georgian troops, two US marine companies, and platoon-size units from Latvia, Lithuania, Romania and Bulgaria), with out-of-area peacekeeping and peace-support scenarios, rather than combat for homeland defense. The next Agile Spirit is due in November 2016, again as a multilateral exercise; its scenario may provide another test of NATO’s seriousness of purpose in Georgia. Meanwhile, the bilateral format of US-Georgia exercises has shifted to Noble Partner, held in May 2015 and May 2016 on more robust combat scenarios, involving a small number of Georgian troops (see EDM, July 29).

This summit’s communiqué is filled with acronyms, abbreviations, and upper-case initials of program titles, more heavily than any past summit communiqué regarding partnerships generally and Georgia specifically. To what extent this alphabet soup translates into real actions will depend on financing. According to NATO’s and the Georgia-NATO Commission’s communiqués from Warsaw, the Allies discussed financing of those programs through possible trust funds. Such trust funds were initiated for Ukraine and for Georgia at the 2014 Wales summit. The amounts collected since then are mostly unknown, and are generally believed to be meager. Only five NATO member countries (out of 28) meet the benchmark of spending 2 percent of their GDPs for defense. Non-member Georgia does, and the summit did acknowledge that “Georgia is doing its part in allocating significant resources to this effort.”

Outside NATO’s framework, US Secretary of State John Kerry and Georgian Prime Minister Giorgi Kvirikashvili signed, on July 6, in Tbilisi, a “Memorandum on Deepening the Defense and Security Partnership between the United States and Georgia” (see EDM, July 18) On July 19–20, in Washington, a regular round of US-Georgia security and defense consultations took place, aiming to identify ways for the practical application of the Memorandum. The lengthy document is seen in Tbilisi as a consolation prize for the NATO summit’s expected decision to withhold a Georgian membership action plan (MAP). The Memorandum, however, envisages no specific actions and no time-frame. A memorandum of understanding (MoU) would at least have contained some specifics, even if non-binding ones. Any further action will probably have to await the presidential election in the US (State.gov, July 6; Civil Georgia, July 6, 7, 21).

Nominally at least, the July 19–20 consultations (see above) were held within the framework of the US-Georgia Charter of Strategic Partnership, crafted by then-Assistant Secretary of State Matthew Bryza in the final days of the George W. Bush administration, in January 2009. That Charter remains an unrequited affirmation of what used to be a bilateral strategic partnership.

On a bilateral level again, Georgia is in the process of buying an air defense system from France. This system includes a ground-based radar, command-and-control system made by ThalesRaytheonSystems, as well as a surface-to-air missile system produced by MBDA (a France-headquartered association of several major European arms producers). Contracted in mid-2015, at a combined cost €78 million ($87 million at today’s exchange rate), the purchase is financed through a loan from Societe Generale, guaranteed by France’s export credit agency Coface. The system is due to become operational in Georgia in 2017 (Civil Georgia, July 8, 9). 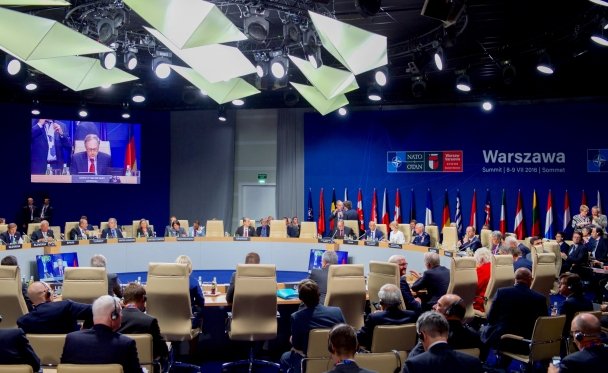 Back
Belarus and the Murder of Pavel SheremetNext
Russian Military Build-Up in Arctic High..