Perhaps the most important geopolitical development of mid-July 2016 was not the continuing conflict in the South China Sea, the failed coup in Turkey, or terrorist violence in France—all of which attracted considerable international attention—but rather the quiet signing, in Moscow, of an agreement by Russian, Iranian, Azerbaijani and Indian officials to open a north-south rail line in the Caucasus. That accord will not only link those three countries, but ultimately tie together rail systems from India, by ship to Iran (see EDM, December 4, 2015), and on to Europe, via Azerbaijan and Russia. This will have profound consequences for the states and territories along its route. However, the country most immediately and negatively affected by this new rail system will be Armenia, which is not a party to these arrangements (Rusarminfo.ru, July 11).

The Russia-Iran-Azerbaijan-India railroad accord represents Moscow’s ongoing efforts to reach an agreement with Baku. These Russian efforts include closer consultations on a range of foreign policy issues as well as an agreement to train Azerbaijani military officers in Russian military academies after a break of two decades. Furthermore, there are indications that the Russian government is now prepared to push harder for a two-step solution to the Karabakh conflict (see EDM, May 2, July 7) by pressing Armenia to withdraw its forces from five (of the seven) regions of Azerbaijan other than Karabakh and then later to negotiate about some future autonomous status for the separatist Karabakh territory after that happens (Haykakan Zhamanak, July 14). That is something most Armenian political leaders and the Armenian public more generally oppose, but now their country may not be able to block such a resolution of this “frozen” conflict.

In addition, the July rail agreement underscores Armenia’s declining importance both economically as well as in Moscow’s political calculations, highlighting that country’s inability to count on what it had assumed was Russia’s inevitable support for a fellow Orthodox Christian country (Armenians are overwhelmingly members of the Armenian Apostolic Church—a part of Oriental Orthodoxy). Instead, Russia is moving to increase its ties with majority Shia Islamic Azerbaijan, Armenia’s longtime enemy, and now with Sunni Turkey (Moscow-baku.ru, June 18; see EDM, July 7, 18). In this situation, Armenia has no good choices. Moreover, Iran is likely to back away from plans to build a rail line to Yerevan, preferring to concentrate on Azerbaijan. And the outbreak of violence in Yerevan this week (starting July 17), where self-proclaimed “revolutionaries” seized a police station and took hostages, may be yet another sign of Armenia’s combination of domestic and foreign policy problems (Panarmenian.net, July 19).

Unlike many similar protocols Moscow signed in recent years, the north-south railroad agreement is not about some distant future. Instead, it is about events that are already ongoing or will take place in the coming weeks. According to Aleksandr Misharin, the vice president of Russian Railways, India will dispatch the first demonstration container train on this new line on August 7. Moreover, the four parties to this agreement predict that annual cargo traffic along the line will reach five million tons the first year, an amount they hope will rise to “more than ten million tons” in the future. But even if that latter figure takes some time to reach, the new rail network will tie these countries together and add to the difficulties of those in the West who have been promoting east-west corridors in the region (Rusarminfo.ru, July 11).

The most significant factor limiting the expansion of this route is the difference in track gauge between Russian and Azerbaijani railroads versus those of India and Iran. The former two use the Russian standard of 1,520 or 1,524 millimeters, while the latter use the international standard gauge of 1,435 mm. That makes it necessary for any cargo cars to be shifted from one wheel bed to another at the Azerbaijan-Iran border. But in this case, that could work to Azerbaijan’s advantage and hence to Armenia’s disadvantage: That requirement would appear likely to cement Azerbaijan’s role as regional transshipment center and further integrate it with Russia.

Around two decades ago, in 1997, then–Azerbaijani president Heydar Aliyev’s national security advisor, Wafa Galuzade, told this author that in the South Caucasus, as far as Russia is concerned, “Armenia is the tool, Georgia is the way, but Azerbaijan is the prize.” It would appear with this recently signed railways accord that at least some in the Russian capital think that “the prize” is within reach and that they can dispense with “the tool,” at least for the time being, because “the tool” has no good choices. What that means for “the way,” of course, remains to be seen. But it is clear that a little-publicized agreement continues to receive scant public attention even as an Indian train is preparing to travel to Moscow via Iran and Azerbaijan. Nonetheless, this important event has the potential to transform the geopolitics of the South Caucasus and reorder those regional countries’ relations with others both near and far. 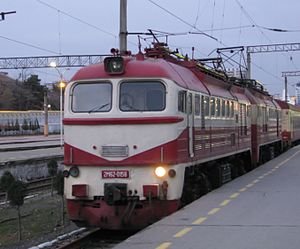 The Jamestown Foundation was proud to host a webinar on... END_OF_DOCUMENT_TOKEN_TO_BE_REPLACED

Jamestown Foundation Analyst Richard Arnold was interviewed by PolitiFact for a story on the Lie of the Year 2022, or Putin’s long list of lies... END_OF_DOCUMENT_TOKEN_TO_BE_REPLACED

The February 2021 issue of Militant Leadership Monitor features a brief on the recent arrest of the last fugitive responsible for the devastating 2002 Bali bombings; an update on the case of Ahmad Omar Saeed Shaikh, who was recently acquitted of killing Wall Street Journal journalist David Pearl; a... END_OF_DOCUMENT_TOKEN_TO_BE_REPLACED